For years, conservatives have opposed the federal estate tax leaving the false impression that most families would be subject to the estate tax and that many small businesses and family farms would suffer terribly—perhaps even be forced out of business.

These were outright falsehoods perpetrated on the public to shield the richest from paying their fair share on the substantial wealth they were accumulating. A strong estate tax is an important tool to provide a check on the growing concentration of wealth and create an economy that works for all of us.

The chart and table below and on the next page compare the number of estates that paid federal estate taxes in 2009 with the new number estimated for 2018. In both cases, just 0.23% or fewer estates paid any tax—about 2 out of 1,000. The 2009 estimates are roughly what could be expected under Rep. Gomez’s For the 99.8% Act. 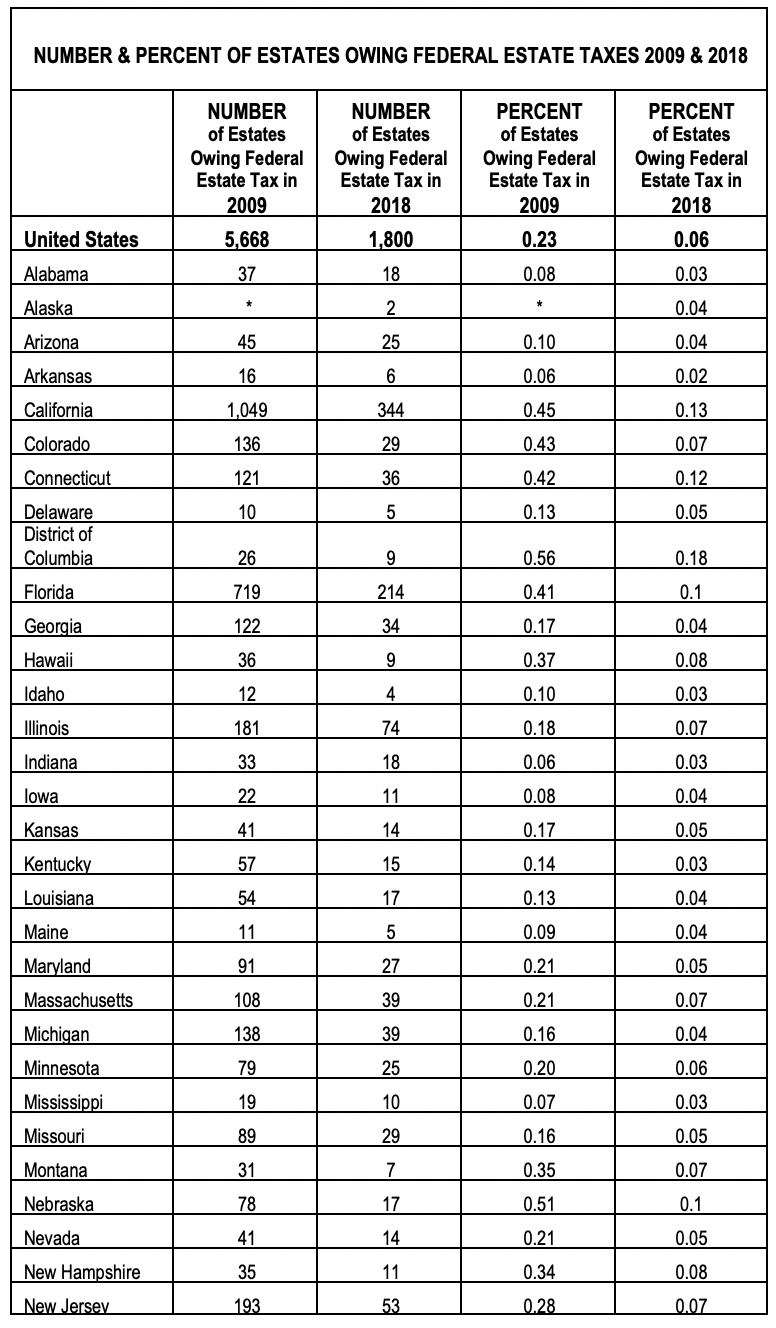 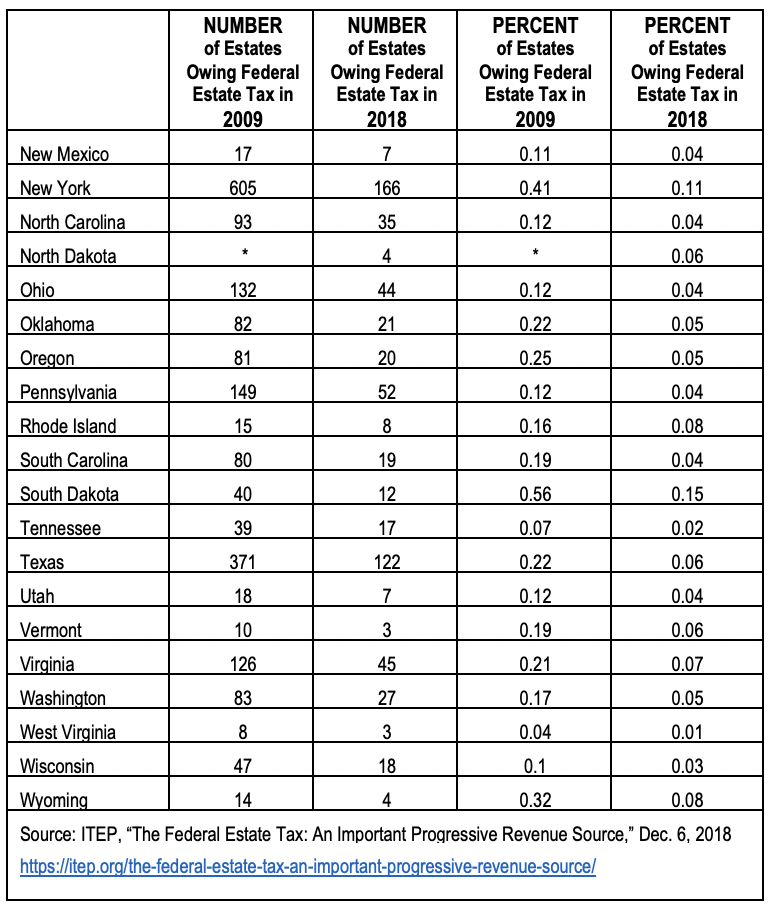