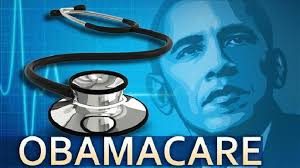 Americans did not vote to make a rigged system even worse, but that’s the GOP plan.

Republican plans to repeal the Affordable Care Act (Obamacare) threaten the health care of 30 million Americans and would erode some rare progress made recently to reverse America’s growing economic inequality.

By taxing rich households and big corporations to subsidize health care for working families, the ACA does what good public policy should: level the playing field to give everyone a shot, not just those at the top. Abolishing the ACA would only further tilt the field in favor of the wealthy and well-connected.

It turns out that taking away health insurance from struggling families can be a windfall for the well-to-do. The top 0.1% of households—those with income of at least $3.7 million a year—would receive a tax cut of about $197,000 in 2017, on average, if the ACA is repealed, according to the Tax Policy Center.

Meanwhile, millions of Americans would see the cost of their private health insurance skyrocket because they would lose ACA subsidies used to pay their premiums. The increased costs would range from about $4,000 to $6,000 per family, depending on income level. Taking away subsidies would make health insurance unaffordable for most of these families.

In addition to shifting resources from the working class to the upper class, repeal of the ACA would also cost about $1 trillion in lost revenues.

This huge revenue loss would make it impossible for Republicans to fund any sort of meaningful “replacement” for the ACA (if that’s in fact their desire). Most likely, millions would simply lose their health insurance.

It is important to look at who has gained health coverage under the ACA, which is funded mostly by $600 billion in taxes on wealthy families and on thriving health-care industries like insurance, prescription drugs and medical devices.

Since 2010, approximately 20 million Americans have obtained coverage—in all ethnic groups in every region of the country, including nearly 3 million children. Among white adults without a college degree (often viewed as the incoming president’s “base”), more than 6 million people have gained coverage.

The uninsured rate has fallen by more than one-third nationally. Some of the states that saw the biggest drops in their number of uninsured helped elect Donald Trump, including West Virginia (-58.6%), Kentucky (-57.1%), Michigan (-49.3%), and Ohio (-44.7%).

Who would gain from abolishing the health-care law and the taxes that fund it? Among the big winners would be wealthy investors, who often don’t have to work for a living but simply live off the proceeds of their fortunes. The ACA places a small 3.8% tax on their investment income from dividends, interest, capital gains and rent. This only affects the top 2% of households—couples making more than $250,000 a year.

Much of that passive income is generally taxed at much lower rates than similar amounts of income from wages and salaries—at as little as half the rate. The ACA’s investment-income surtax goes a small way towards closing that tax loophole, which is, of course, just one of many enjoyed by the wealthy.

In order to strengthen Medicare, the ACA also extended a 0.9% tax that funds the insurance program for the elderly and disabled—applying it to all the income of the top 2%. Previously, the tax phased out for married couples on any income above $250,000.

Thanks to this tax and other changes made by the ACA, Medicare’s ability to fully serve its 57 million participants was extended by 10 years and important improvements were made to benefits. If this tax were taken away, Medicare beneficiaries would face higher premiums and deductibles.

Repeal of Obamacare presents a stark tradeoff. Abolishing the ACA gives big tax breaks to the most privileged members of our society while increasing the economic burdens on millions of working Americans—while also endangering their health.

Polls show that voters in November overwhelmingly believed the system is rigged to benefit the rich and powerful. Repealing the ACA will rig the system even more. Those aren’t the skewed priorities the American people voted for.