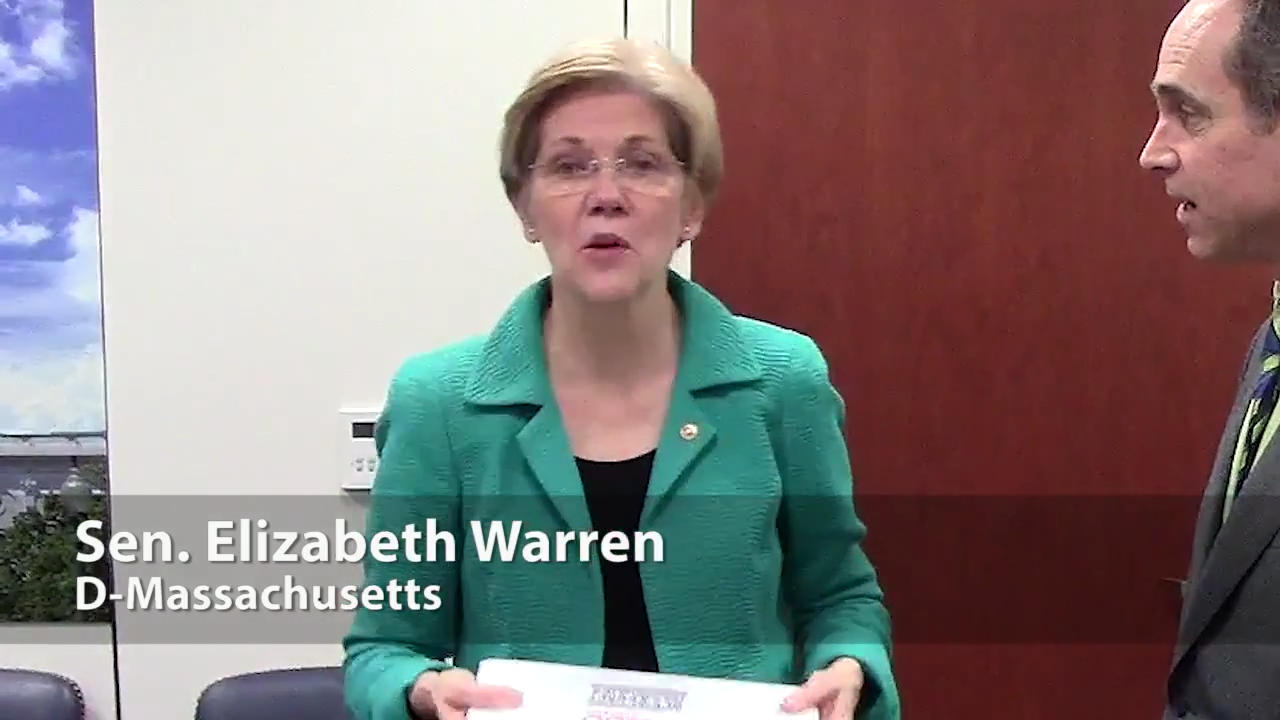 WASHINGTON, D.C. – Nearly 272,000 Americans are urging Congress to take action to prevent corporate inversions, in which U.S. corporations change their legal address to an offshore location, usually a tax haven, in order to dodge the U.S. taxes they owe on offshore profits.

The petitioners called on Congress to pass the Stop Corporate Inversions Act (S. 198), and the signers names were delivered today to Senate Majority Leader Mitch McConnell, and to Senators Richard Durbin (D-IL), Jack Reed (D-RI) and Elizabeth Warren (D-MA), the leading sponsors and supporters, respectively, of S. 198. The petitions were collected over a six-week period by CREDO Action, Democracy for America and Americans for Tax Fairness.

The petition highlights the attempt by pharmaceutical giant Pfizer to merge with a smaller Irish company in order to shift its tax address offshore to Ireland and avoid paying as much as $35 billion it owes in U.S. taxes, according to a recent report by Americans for Tax Fairness.

“Corporations shouldn’t be able to swindle American taxpayers by moving their address overseas,” said CREDO Political Director Murshed Zaheed. “Pfizer is only the latest outrageous example of a corporation using a tax inversion to avoid paying its fair share. It’s time for Congress to pass the Stop Corporate Inversions Act and stop corporations from dodging taxes.”

“Corporate inversions like the one Pfizer is hoping to make are a tax dodge, plain and simple, and the hundreds of thousands of petition signatures we’re delivering today make clear that the American people want Congress to pass the Stop Corporate Inversions Act and stop them in their tracks now,” said Democracy for America Executive Director Charles Chamberlain.

“Just like other inversions that could be prevented by the Stop Corporate Inversions Act, Pfizer’s merger would allow it to go on enjoying all the benefits of being based here—everything from a publicly-educated workforce, to an excellent communications infrastructure, to a reliable patent system—without adequately paying to support them,” said Americans for Tax Fairness Executive Director Frank Clemente.

Sen. Durbin is the lead sponsor of the Stop Corporate Inversions Act, which is strongly supported by Sens. Reed and Warren, the lead co-sponsors. It would end the tax benefits for any U.S. corporation that acquires a foreign company for the purposes of reincorporating offshore by:

• Requiring a newly-inverted foreign company whose majority of shareholders are from the original U.S. company to be considered American so that it pays its fair share of U.S. taxes.
• Define any inverted company that is managed or controlled from the United States and that has significant business activity here to be considered a U.S. company for tax purposes.

“We’ve heard this story over and over. Profitable corporations finding a loophole in the tax code to avoid their tax responsibility. It’s known as corporate inversion but some call it corporate desertion,” Senator Durbin said. “It’s been estimated that this practice will cost taxpayers 34 billion dollars over the next 10 years if we don’t close this loophole.”