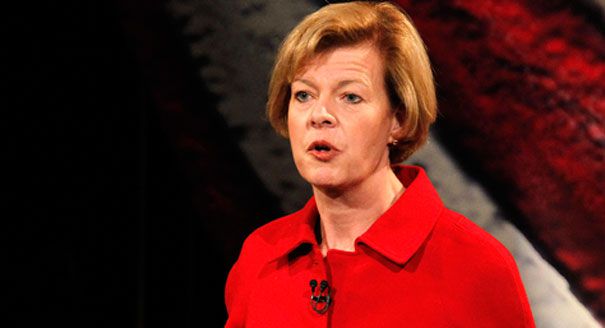 Washington, D.C. – Today, 52 organizations urged U.S. Senators to support efforts to close the carried interest tax loophole, which lets hedge fund and private equity investment managers pay a tax rate that is about half what they should pay, in order to raise revenue needed to avoid damaging service cuts that could be forced by the budget sequester.

In a letter sent to senators today, the organizations urged them to join an effort led by Senator Tammy Baldwin (D-Wisc.) requesting Senate leaders to make closing the carried interest loophole a top priority in any budget deal.

“Closing the carried interest loophole should be among the first items considered in the ongoing negotiations to prevent the damaging and indiscriminate sequester cuts and to invest in critical programs that support low- and middle-income Americans,” the organizations wrote in the letter.

The letter continued: “The carried interest loophole is an egregious violation of the principle of tax fairness. It allows investment managers at hedge funds and in private equity to pay the lower capital gains rate of 20% (plus an additional 3.8% investment tax paid for the Affordable Care Act) on the portion of their earnings known as carried interest. Since these fees are compensation for services, this income should be taxed as ordinary income just like the compensation others earn from work. If this compensation were taxed at the ordinary income tax rate these wealthy investment managers would be taxed at the top rate of 39.6%. Instead, the carried interest loophole helps some of the wealthiest Americans pay a lower effective tax rate than some middle-class workers, such as nurses, engineers, and law enforcement workers.”

“The carried interest loophole plays an important role in the growing gap between the richest 1% and everyone else in America,” the letter states. Consider that the top-25 hedge fund managers earned a total of $11.6 billion in 2014, a ‘bad’ year, and $21.2 billion in 2013. By comparison, the country’s 158,000 kindergarten teachers earn about $8.5 billion a year in total.”

Baldwin’s letter to Majority Leader McConnell and Minority Leader Reid is now being circulated in the Senate for signatures. In the letter, Baldwin noted that closing this loophole would raise $15.6 billion. She wrote that the carried interest loophole “allows many of our economy’s highest earners to pay a lower effective tax rate than our nurses, first responders, truck drivers, and teachers. … the current budget negotiation is the perfect opportunity to make this long overdue change to our tax code.”

In contrast, McConnell is reportedly considering “a reduction in cost-of-living adjustments to Social Security recipients and new restrictions on Medicare, including limiting benefits to the rich and raising the eligibility age,” as part of any deal providing sequester relief.

The letter from 52 organizations to U.S. Senators can be found here.

Senator Baldwin’s letter to Senate leadership can be found here.