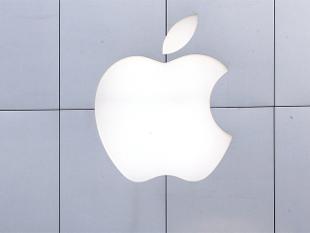 The following statement was issued by Americans for Tax Fairness (ATF) Executive Director Frank Clemente in response to the European Commission’s finding this morning that Ireland’s tax arrangements with Apple were illegal and provided up to a 13-billion-Euro subsidy ($14.5 billion) plus interest, or “state aid,” to Apple through various forms of tax avoidance. Ireland’s special tax treatment of Apple allowed the corporation to pay an effective tax rate of less than 1% between 2003 and 2014.

“We strongly applaud the European Commission for bringing this state-aid case against Ireland. Ireland’s secret tax deals with Apple enabled the corporation to dodge many billions of dollars owed on its worldwide operations—money owed to taxpayers both in the U.S. and in countries across Europe.

“Apple has more than $215 billion in profits stashed offshore on which it has paid less than a 5% tax rate. Most of these profits are in tax havens, mainly Ireland, which is why Apple could owe the American people more than $60 billion in taxes. Apple owes taxes to European governments on the portion of these offshore profits that were legitimately earned in Europe. Apple will get credit against its U.S. taxes for any additional taxes it pays Ireland as a result of this E.C. enforcement action.

“We hope that the U.S. Treasury Department also applauds this ruling, but that is unlikely. It has been very disappointing to watch the Treasury Department—and Secretary Jacob Lew himself— criticize the E.C. for pursuing the revenue that is owed to member countries, but has been denied them because of secret tax deals negotiated between Ireland and Apple.

“Rather than vigorously objecting to European governments for pursuing the taxes that Apple owes them, the Treasury Department should be vigorously pursuing its own legal claims against Apple for the corporation’s massive offshore profit shifting and tax dodging against the American people.

“Apple is using some of the same transfer pricing tools to rip off U.S. taxpayers that it is using in Germany, France and elsewhere in Europe. Countries around the world need to come together to halt Apple’s massive offshore shell game.

“Congress needs to close the deferral tax loophole that creates the opportunities for this massive profit shifting by Apple and dozens of other U.S. multinationals. Over the next 10 years, the deferral tax loophole will allow corporations to avoid paying about $1.3 trillion in U.S. taxes they owe on profits held offshore until those profits are repatriated to the U.S.  If the loophole is closed, corporations would have no incentive to transfer profits offshore and stash them in tax havens.

“While it’s at it, Congress needs to collect the up to $700 billion in back taxes that Apple and other multinational corporations owe on the $2.4 trillion in profits now offshore, most of which are stashed in tax havens. We do not need any sweetheart deals negotiated between Congress and corporate lobbyists to cut the amount of money these tax-dodging corporations owe the American people.”

The original E.C. complaint against Ireland can be found here.