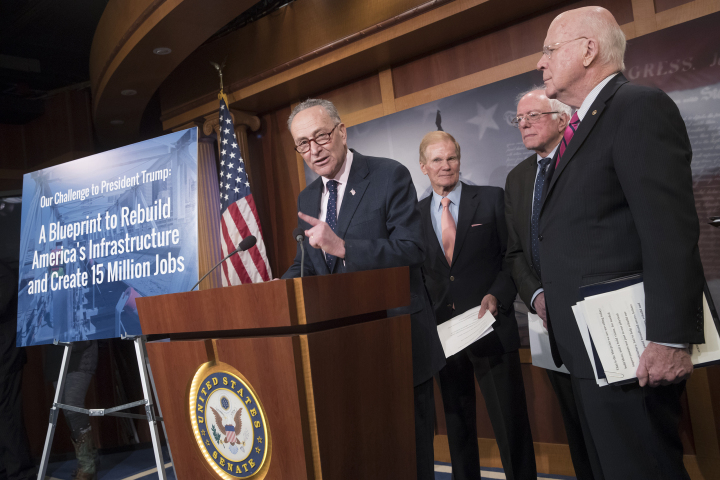 “We applaud Senate Democrats’ plan to pay for a trillion dollars’ worth of vital infrastructure improvements by closing tax loopholes. They are offering a serious solution to address a pressing national need.

“In fact, this bold public investment plan could be paid for by eliminating just one corporate loophole that allows huge corporations to indefinitely delay paying U.S. taxes on their offshore profits, known as “deferral.”

“Deferral is a special tax break available only to multinational corporations and it loses roughly $100 billion every year, or $1 trillion over a decade, according to the Joint Committee on Taxation. Corporations would be among the greatest beneficiaries of repaired and expanded infrastructure, so it’s only fitting that they cover the cost by finally paying what they owe in U.S. taxes, just like Main Street businesses do.

“Senator Bernie Sanders and Rep. Jan Schakowsky have both sponsored legislation (S.922  and  H.R.1790) to get rid of this egregious tax loophole, and we urge all members of Congress to get on board.

“This ambitious and doable plan by Senate Democrats stands in sharp contrast to the phony infrastructure proposal put forward by President Trump. That plan is a massive tax giveaway to Wall Street investors. It is not a serious plan to repair our crumbling infrastructure.

“Trump wants to give big tax credits to Wall Street investors to encourage them to build infrastructure projects that generate a steady stream of toll or other user-fee revenue. Charging expensive tolls and user fees to earn big profits for Wall Street investors just hurts the pocketbooks of average taxpayers. It also ensures projects will be developed where they can generate the most profits for investors, not where they are most needed.

“It would be less expensive for all taxpayers if corporations and the wealthy were made to pay their fair share of taxes, with the revenue paying for direct investment in new roads, bridges and water systems, as Senate Democrats have proposed.”

Robert Reich, together with MoveOn.org and Americans for Tax Fairness, recently released a video explaining the folly of the Trump tax plan. The video can be found here.