On behalf of the Americans for Tax Fairness, a coalition of hundreds of national and state-based organizations, I am writing to express our significant concerns with the Enhancing American Retirement Now (EARN) Act, which the committee is scheduled to mark-up tomorrow. We are concerned that, over time, this legislation will:

We are especially concerned that the complex set of phase-ins, the encouragement of Roth IRAs and 401(k)s, the revenue losing measures, and the dozens of smaller provisions in the law—as well as the lack of analysis of its long-term cost and distributional impact—mean that the risks of the legislation are not now well understood. We urge you not to proceed without a full review of the legislation’s impact on inequality, the racial wealth gap, and the long-term impact on the federal budget. The analysis we set out below indicates the proposal would do more harm than good on these criteria.

Analysis of key components of the EARN Act

The Chairman’s mark of the EARN Act is very similar to the Securing a Strong Retirement (SECURE) Act (H.R. 2954), bipartisan legislation that passed the House of Representatives earlier this year. But sound policy is more important than bipartisanship. Numerous critiques of the SECURE legislation and the current major flaws of our retirement savings system, which need to be addressed in retirement tax legislation, have been published in recent months. These analyses form the basis of this letter of concern about the EARN Act:

Criteria for Retirement Security Reform that Should Guide EARN Legislation

We believe three core principles should form the foundation of retirement tax system legislation such as the EARN Act:

Unfortunately, we believe the EARN Act fails on these core principles.

Our retirement tax system is broken. Each year, it showers hundreds of billions of dollars of tax breaks primarily on the richest and Whitest households. But few of these incentives reach the households that need help the most. That’s because many lower- and middle-income workers and their families spend their full paychecks on immediate necessities and lack adequate income to save for retirement.

At a more granular level:

The EARN Act will do little to correct these disparities and is likely to make them worse. Its beneficiaries are overwhelmingly the already wealthy and their asset management firms that will earn even fatter fees. While making the Saver’s Credit a government refundable match is a solid first step, taken as a whole, the $1,000 annual credit would do little to help the workers and families most at risk of having insufficient savings in their old age.

Benefits of the EARN Act for American Workers and Families

There are several provisions of the bill that make some marginal improvements over the SECURE 2.0 Act and/or over existing law by modestly helping low-and middle-income people whose retirements are less secure:

Unfortunately, these improvements do not correct the fundamental flaws in our retirement system and other provisions described below would provide even greater retirement tax benefits to those who need it the least.

Concerns with the EARN Act

Further increasing contribution limits to retirement accounts only rewards those with the disposable income to contribute more. It is obvious that those who can afford to make $10,000 in additional contributions to their retirement plans have high incomes and other savings. According to a Vanguard survey of its account holders, only 15% of eligible account holders currently make these “catch up” contributions and over half of those make more than $150,000 a year.

There is a Better Way

We believe the Finance Committee should take a different approach in order to create a more equitable retirement system that gives workers and their families more opportunity to have a secure retirement. The options below would help advance that goal and are explained in greater detail in the reports noted at the beginning of his letter:

This week, the Finance Committee will consider dozens of amendments to retirement tax rules. Some are helpful, to a small degree. Some are harmful. And many are technical—and harmless. But, most importantly, none of them pursue fundamental reform of our retirement tax system that we believe is necessary now. 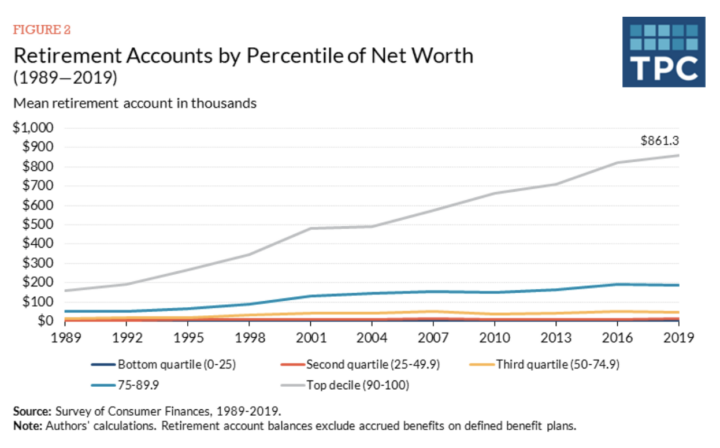 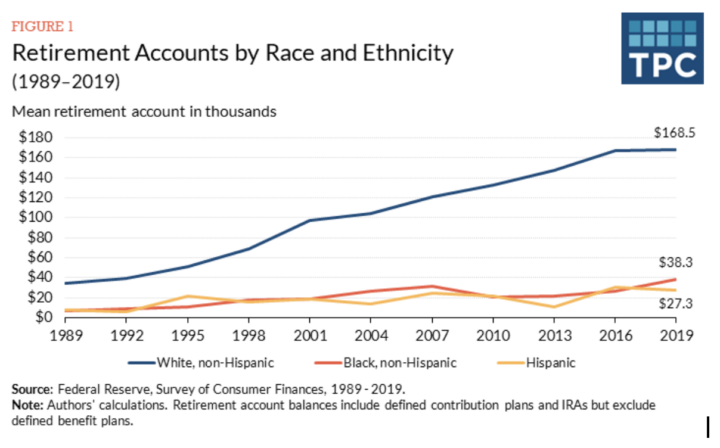