Wealthy and Corporations Will Begin to Pay Their Fair Share as Public Demands, Providing a ‘Job-Creating Juggernaut’

President Biden’s first annual budget, released today, sharply breaks with 40 years of failed trickle-down tax cuts to make major investments in American families and communities and ensure that the wealthy and corporations start paying closer to their fair share of taxes. The budget incorporates the investment and tax plans released earlier this year as the American Jobs Plan and American Families Plan.

“In place of the tax cuts for the rich and corporations and service cuts for everyone else proposed by other recent presidential budgets, Biden’s jobs and tax plan is a bold, optimistic blueprint. It will be a job-creating juggernaut that will build our economy and society back from the pandemic and take a big step forward to creating an economy that works for all of us. That’s because investing in people and public services provides a much bigger bang for the buck than do tax cuts for corporations and the rich, which the president smartly seeks to reverse.

“President Biden’s budget shows his commitment to pursuing policies that value communities over corporations, families over fortunes, and work over wealth. With 55 corporations paying zero federal income taxes last year despite a combined $40 billion in profits, and collective billionaire wealth ballooning by over half—$1.6 trillion—during the pandemic, fairness demands that we close corporate loopholes and end special tax breaks for the rich. That’s also how to fund the important working-family investments included in the President’s budget.”

Biden’s jobs and tax agenda is overwhelmingly supported by the public, according to more than a dozen recent polls.

See below for a detailed table. 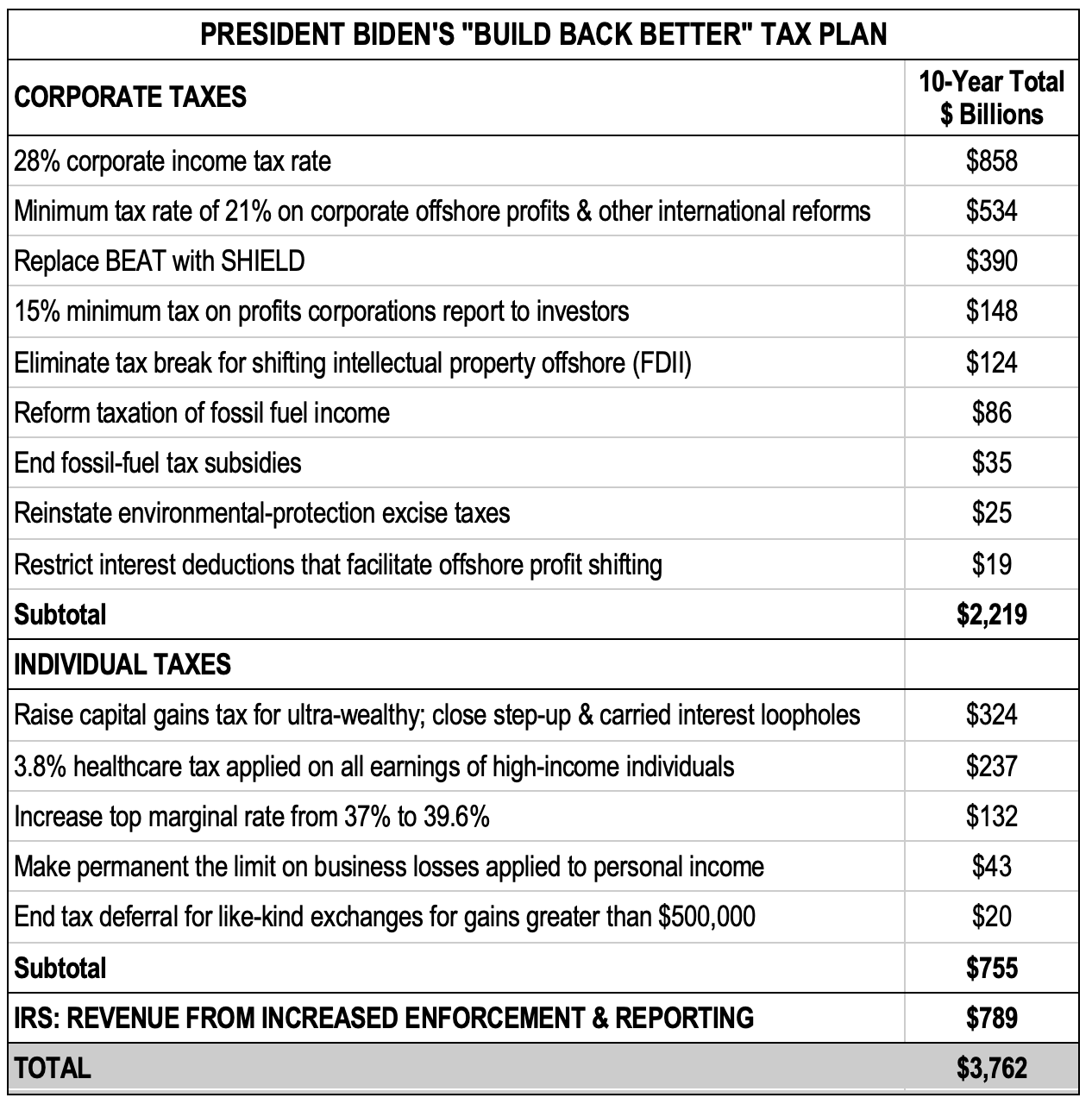 Source: U.S. Department of the Treasury
General Explanations of the Administration’s Fiscal Year 2022 Revenue Proposals, May 28, 2021