Five leading candidates for the Democratic presidential nomination who have announced detailed revenue and investment plans all proposed much more robust plans than Hillary Clinton offered in 2016, showing how far the debate has shifted in the progressive direction in four years. Like Clinton, they would all raise taxes almost exclusively on the wealthy and corporations to improve public services working families rely on like healthcare, education, and infrastructure.

A summary of the proposed increases in tax revenue proposed by Joe Biden, Michael Bloomberg, Pete Buttigieg, Bernie Sanders and Elizabeth Warren is in the figure and table below. Highlights include: 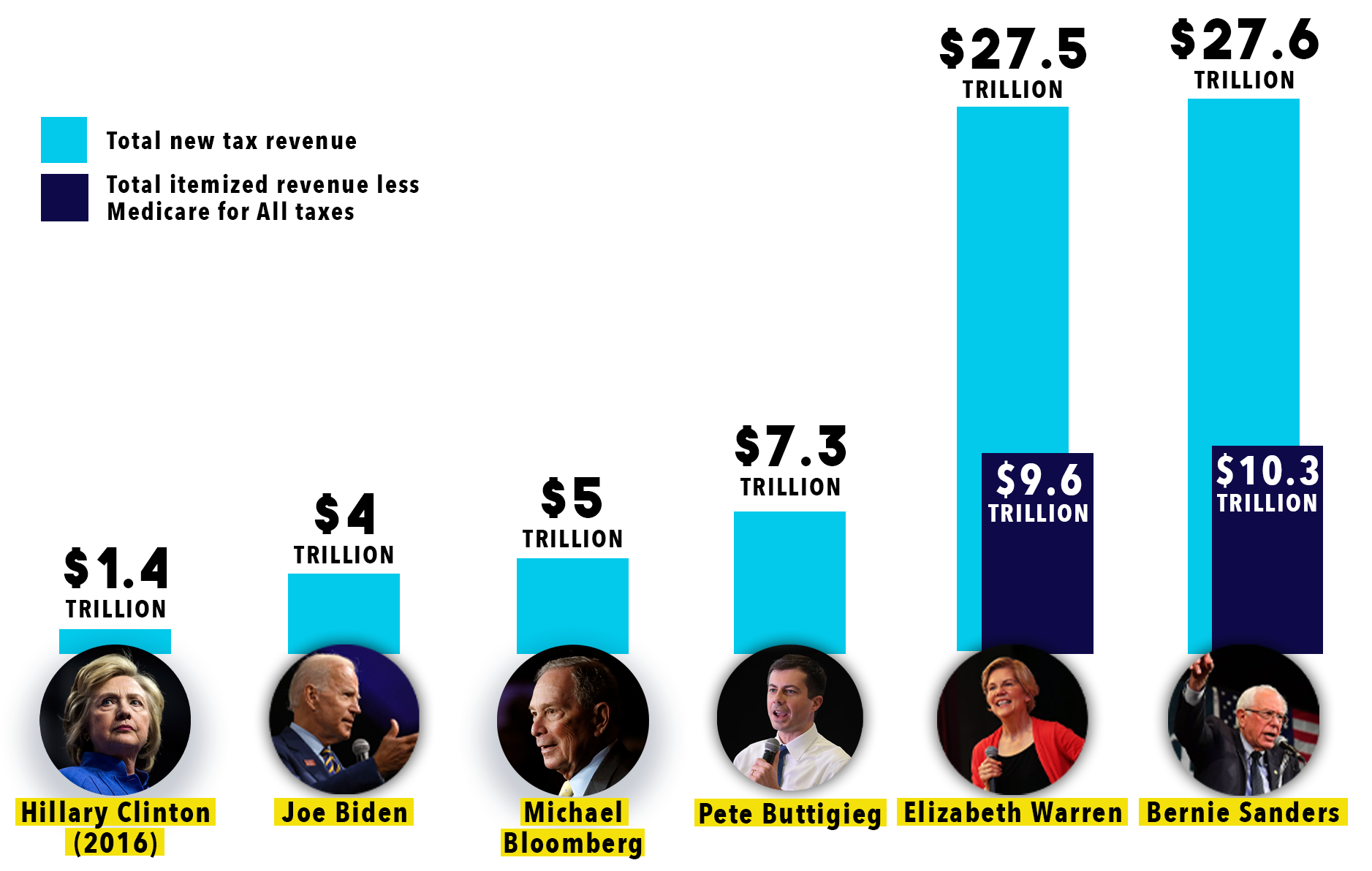 Among the specific tax proposals that are common to the candidates’ plans:

The detailed revenue and investment plans of the five candidates are available here. 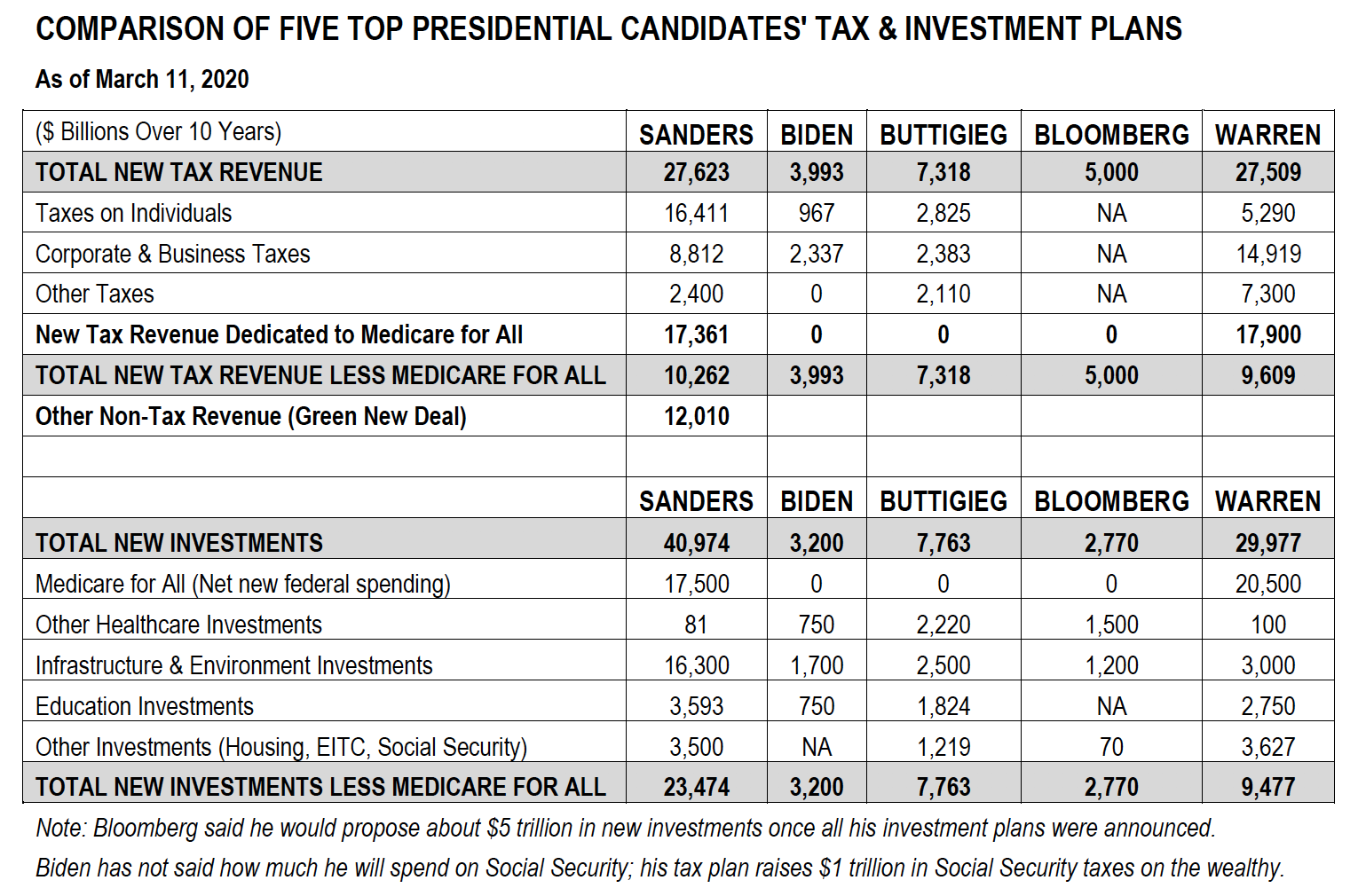 Details & sources for tax and investment plans are available at this spreadsheet.