Grassley giveaway costing $170 billion needs to be repealed, not defended by Chairman of the Senate Finance Committee 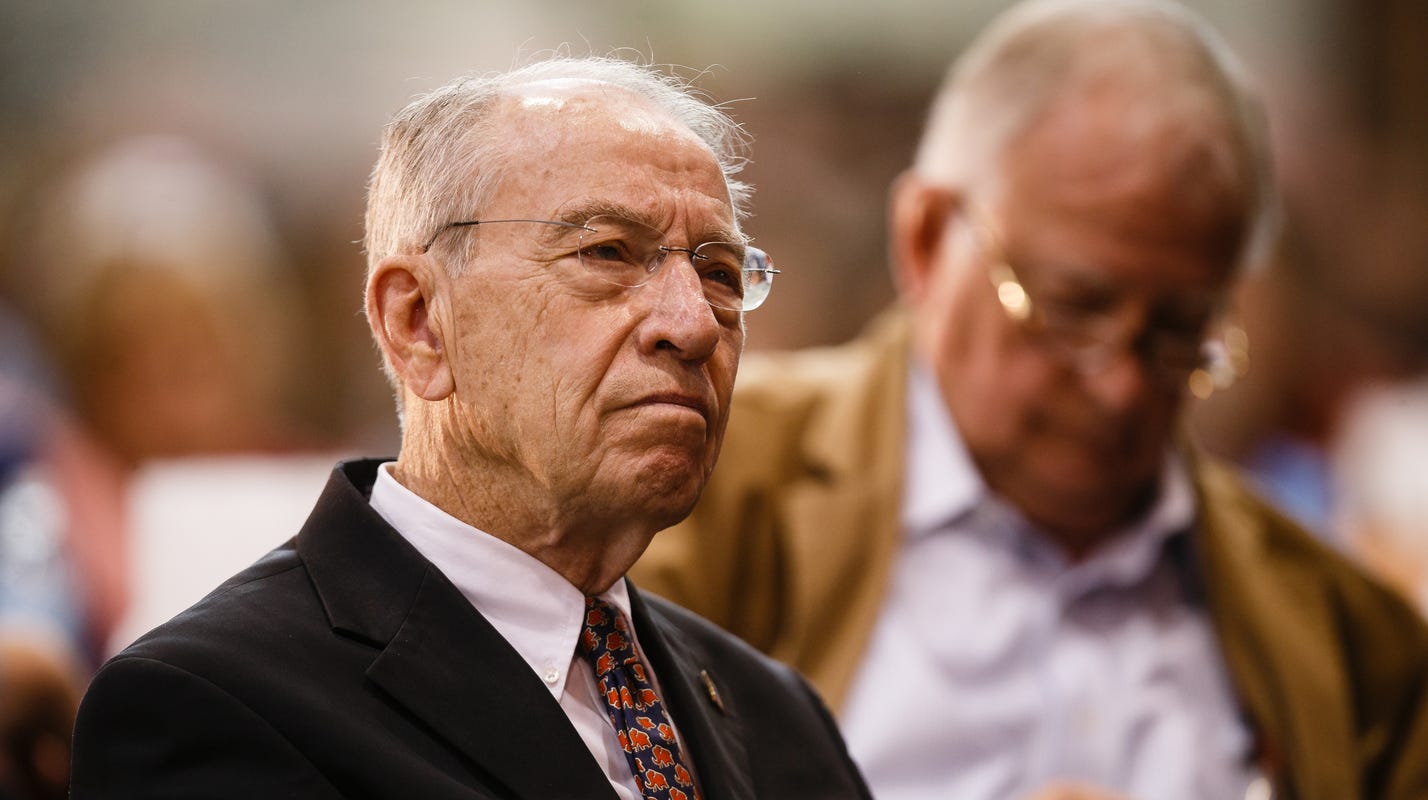 82% of the Benefits Would go to People Making $1 Million a Year, not a lot of Main Street Businesses, as Grassley Claims

Adding insult to injury, in a Fox News op-ed today Senate Finance Committee chairman Chuck Grassley (R-IA) defended an indefensible $170 billion tax giveaway to wealthy business owners he stuck into the recent CARES Act coronavirus relief package. By comparison, the $170 billion wasted on this tax break for wealthy business owners is four times more than the CARES Act is spending on safety-net supports ($42 billion) and more than is being spent on hospitals and other public health spending ($100 billion) and direct aid to state and local governments ($150 billion).

The following claims made by Grassley in a Fox News op-ed are paired with important reality checks partly taken from a recent ATF letter to Congress.

GRASSLEY CLAIM: “We didn’t pick winners and losers. The tools included in the CARES Act recognize all types and sizes of businesses—from farmers and sole proprietors, to pass-through businesses like partnerships, LLCs and S corporations, to larger corporations.”

REALITY CHECK: 82% of this tax break’s benefits will go to the 43,000 fortunate business owners making more than $1 million this year, according to the Joint Committee on Taxation. (Just 2,380 Iowa taxpayers made that much in 2017 per IRS data.) Each of them will get an average tax cut of $1.6 million. Compare that to the $1,200 going to 125 to 150 million ordinary Americans in one-time checks and it’s easy to identify winners and losers.

GRASSLEY CLAIM: “Unfortunately, while countless heroes across the nation are putting their lives and livelihoods on the line for the health and welfare of their neighbors to fight the coronavirus pandemic, others are simply pandering for votes in the November election.”

REALITY CHECK: It’s the creators of this tax loophole for the wealthy—apparently including Grassley—who were doing the election-year pandering. Of course, because their costly tax giveaway benefits only a tiny elite, it will generate few votes but undoubtedly a lot of campaign contributions. Here’s a list of the powerful special interests behind this giveaway.

GRASSLEY CLAIM: “Driven by class warfare, they’re taking aim at pass-through businesses. Never mind that more than 90 percent of American businesses operate as pass-through entities, according to the Tax Foundation. This includes many of those hardest hit by the pandemic, like farmers, restaurants, manufacturers, retailers and health care providers.”

REALITY CHECK: True, 90 percent of American businesses are pass-throughs, but the field is dominated by the kind of big-time operators who will benefit from Grassley’s giveaway. Over half of all pass-through income flows to the wealthiest 1% of business owners. The vast majority of farmers, restaurants and other Main Street businesses will get nothing from this tax break and would instead have benefited if the $170 billion had been used to bolster the Paycheck Protection Program that’s already run out of money, or to create more SBA loans.

GRASSLEY CLAIM: “…[T]he partisan critics don’t want to allow some Main Street businesses to get a tax break for their losses if the losses are too great.”

REALITY CHECK: Under a different provision of the CARES Act, all businesses will be able to carry back losses to prior years in which they had business gains and paid taxes, generating refunds. All pass-through businesses were already able to deduct current business losses against up to $500,000 (per couple) in non-business gains in prior years. What the critics object to is the special provision in the CARES Act for the wealthiest business owners that allows them to generate unlimited refunds from taxes they paid on non-business income topping half a million dollars. Such non-business income might be derived from passive investments in stocks, bonds and other valuable financial assets; the sale of valuable artwork or even a yacht; renting out a beach house at the Hampton’s or a ski chalet in Vail. If they’ve had multiple, high-dollar sources of income in recent years, they least need our help now.

GRASSLEY CLAIM: “The attempt to paint this tax provision as a boon for real estate and hedge fund investors completely misses the mark.”

REALITY CHECK: Real estate investors like President Trump will indeed probably get a particular boost from this generous business-loss provision, since they are able to claim large paper losses on properties that are often actually gaining in value and often use those losses to dodge millions of dollar in taxes. Hedge fund managers are also the kind of business owners who are rich enough to benefit.

GRASSLEY CLAIM: “[C]ritics of fair treatment for businesses in distress want voters to believe the pass-through provision is a tax loophole for the rich. This misleading talking point ignores the unimaginable economic losses that are painfully occurring across my state of Iowa and the rest of America.”

REALITY CHECK: There’s simply no other way of describing a provision that almost exclusively benefits business owners making more than $1 million a year and business-owning couples with half a million dollars of additional, non-business income than as “a tax loophole for the rich.” It’s in order to better mitigate the “unimaginable economic losses” being suffered by real small businesses that this special break for wealthy business owners should be repealed and the money redirected to those firms actually needing help.