Mylan, Price Gouging Its EpiPen, Is Also Dodging Its Taxes 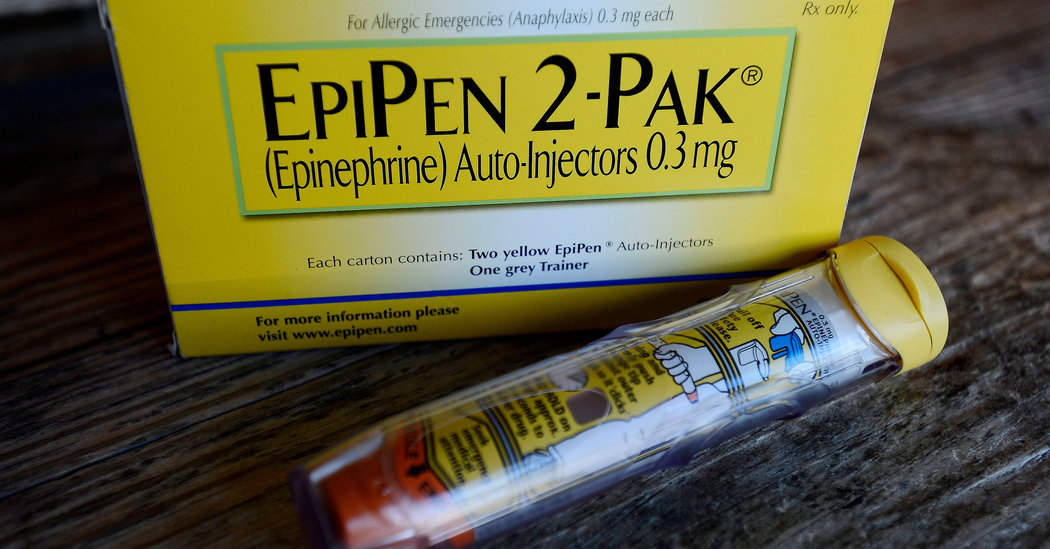 New figures compiled by Americans for Tax Fairness (ATF) show that Mylan, the drug company now under fire for price gouging consumers on its emergency allergy-response product EpiPen, has seen its profits rise at the same time its taxes have plummeted, thanks to an aggressive offshore tax-avoidance strategy. Mylan completed a corporate “inversion” early last year that changed its legal residence to the Netherlands, a tax haven, but kept its headquarters and most of its workforce in the United States.

Mylan, which has boosted the price of its epinephrine-delivery system EpiPen by nearly 500% over the past seven years, saw its global profits shoot up by 22.5% between 2013 and 2015, but its worldwide effective tax rate over that same period dropped by more than half, from 16.2% to 7.4%, according to data in its annual securities filings compiled by ATF. ATF determined Mylan’s U.S. effective tax rate plunged from 9.4% in 2013 to negative 4.7% in 2015, the year the inversion was completed. [See Table 1, and Figures 1 and 2]

That kind of tax avoidance was the stated goal of the company when it announced its inversion strategy in 2014. U.S. earnings have since declined by 7.7% even as worldwide profits soared by 22.5%, indicating Mylan has successfully shifted earnings offshore to avoid U.S. taxation, a principal aim of inversions.

“Mylan is a price gouger and a tax dodger,” said ATF executive director Frank Clemente. “It is yet another example of a drug corporation gouging American consumers and public health systems with price hikes on essential drugs, then dodging U.S. taxes on the resulting profits. Congress should act now to end both abuses. Mylan is showing disdain for both the consumers who need its products and the country where it became a successful corporation.” Mylan was founded 55 years ago in West Virginia. In addition to apparently not paying any U.S. taxes last year, the company received millions more from the federal government through public health programs that paid for a portion of the billion dollars’ worth of EpiPens sold last year. Some 40% of American children are insured through federal programs like Medicaid and CHIP, so exploding EpiPen costs are being borne by U.S. taxpayers in addition to consumers.

EpiPens now cost $609, more than twice the $265 price in 2013 and over five times the $104 cost in 2009. [Figure 3] Americans pay about three times what Canadians do for the same product. Mylan is able to price-gouge because its EpiPen is nearly a monopoly product, holding an 85% share of the market for emergency allergy-response devices. [Figure 4]

The compensation package for Mylan’s CEO, Heather Bresch, has spiked nearly as much as the price of an EpiPen. In 2009 Bresch was paid $4.9 million [p. 26] and in 2015 she made $13.1 million [p. 36]—a nearly three-fold increase. (Bresch’s compensation topped out at $25.8 million in 2014, the year the corporate inversion deal was struck, when she was rewarded for achieving certain performance goals.)