For the past year, Americans for Tax Fairness (ATF) and the Institute for Policy Studies (IPS) have tracked the wealth growth of America’s billionaires since March 18, 2020, the rough beginning of the pandemic. This report summarizes the extraordinary growth in wealth of those now 657 billionaires based on real-time data from Forbes on March 18, 2021.

Here are highlights from the last 12 months of billionaire wealth growth:

Billionaire wealth growth is calculated between March 18, 2020 and March 18, 2021, based on Forbes data compiled in this report by ATF and IPS. March 18 is used as the unofficial beginning of the crisis because by then most federal and state economic restrictions responding to the virus were in place. March 18 was also the date that Forbes picked to measure billionaire wealth for the 2020 edition of its annual billionaires’ report, which provided a baseline that ATF and IPS compare periodically with real-time data from the Forbes website. PolitiFact has favorably reviewed this methodology.

“The pandemic has created an astonishing rise in wealth for the nation’s billionaires while tens of millions of Americans fell further behind,” said Frank Clemente, executive director of Americans for Tax Fairness. “Billionaires are living in a different world from the rest of us. It’s time we bring them down to earth and make them pay their fair share of taxes like the rest of us so we can create an economy that works for everyone.”

“The pandemic profiteers are extracting windfalls of wealth during a time of widespread suffering for the majority of people,” said Chuck Collins, director of the Institute for Policy Studies’ Program on Inequality. “They exploit the artificial markets created by the pandemic, including having their Main Street competition shuttered and our increased dependence on online technologies.”

Under current tax law, none of the billionaires’ wealth will be taxed during their lifetimes, unless the underlying assets are sold at a gain. Thanks to a weakened estate tax and aggressive estate-tax dodging by the rich, much of the money will also escape taxation when passed onto the next generation.

Sen. Elizabeth Warren and colleagues in the House have introduced the “Ultra-Millionaire Tax Act” to reap some revenue from huge fortunes that otherwise sit untaxed year after year. The tax rate would just be two cents on the dollar (2%) for people with wealth between $50 million and $1 billion and just three cents on the dollar (a total of 3%) for wealth above $1 billion. According to an ATF and IPS analysis of Forbes data, America’s billionaires alone would owe $114 billion for last year if Warren’s wealth tax had been in place and $1.4 trillion over 10 years. The law would raise a total of about $3 trillion over 10 years. 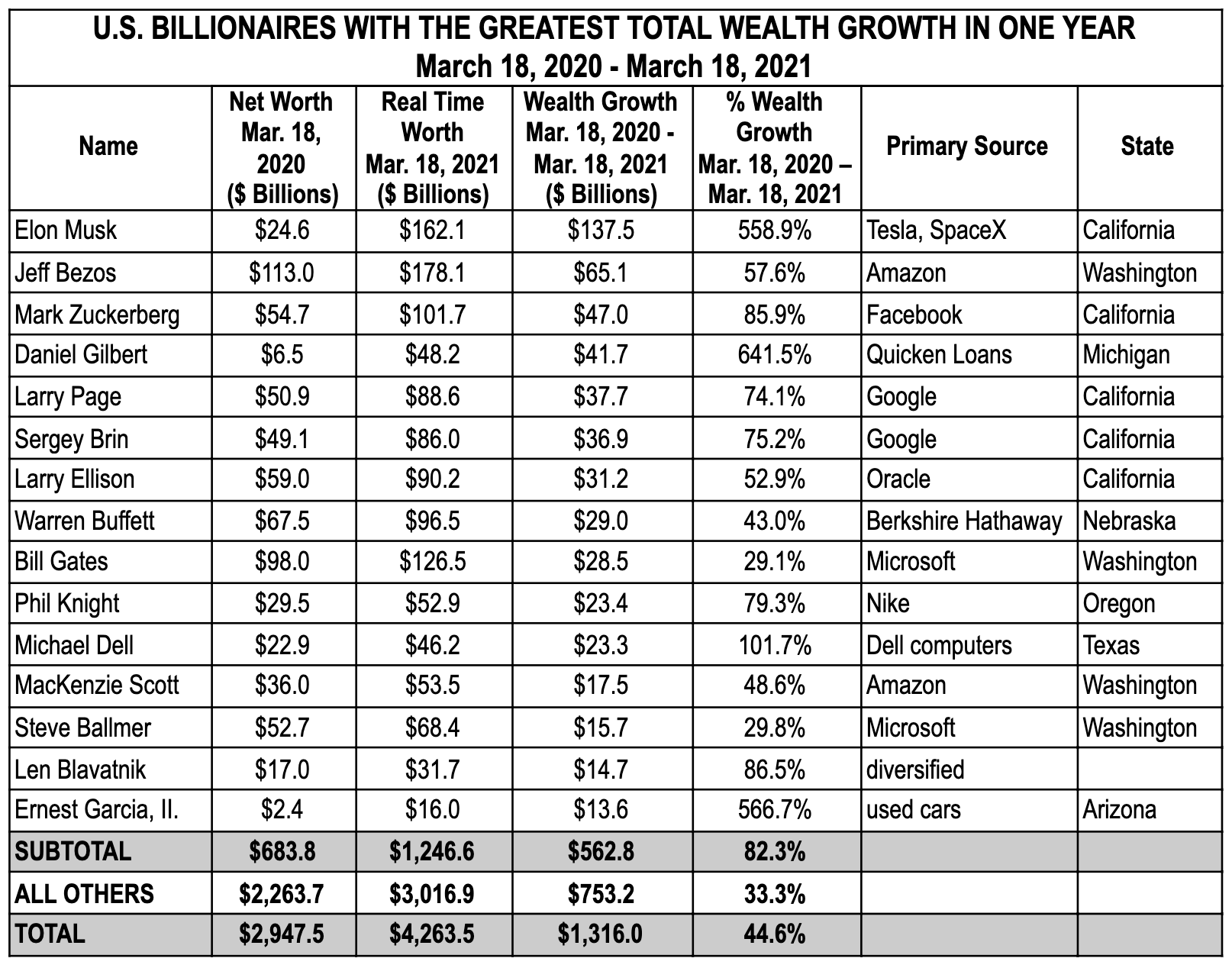 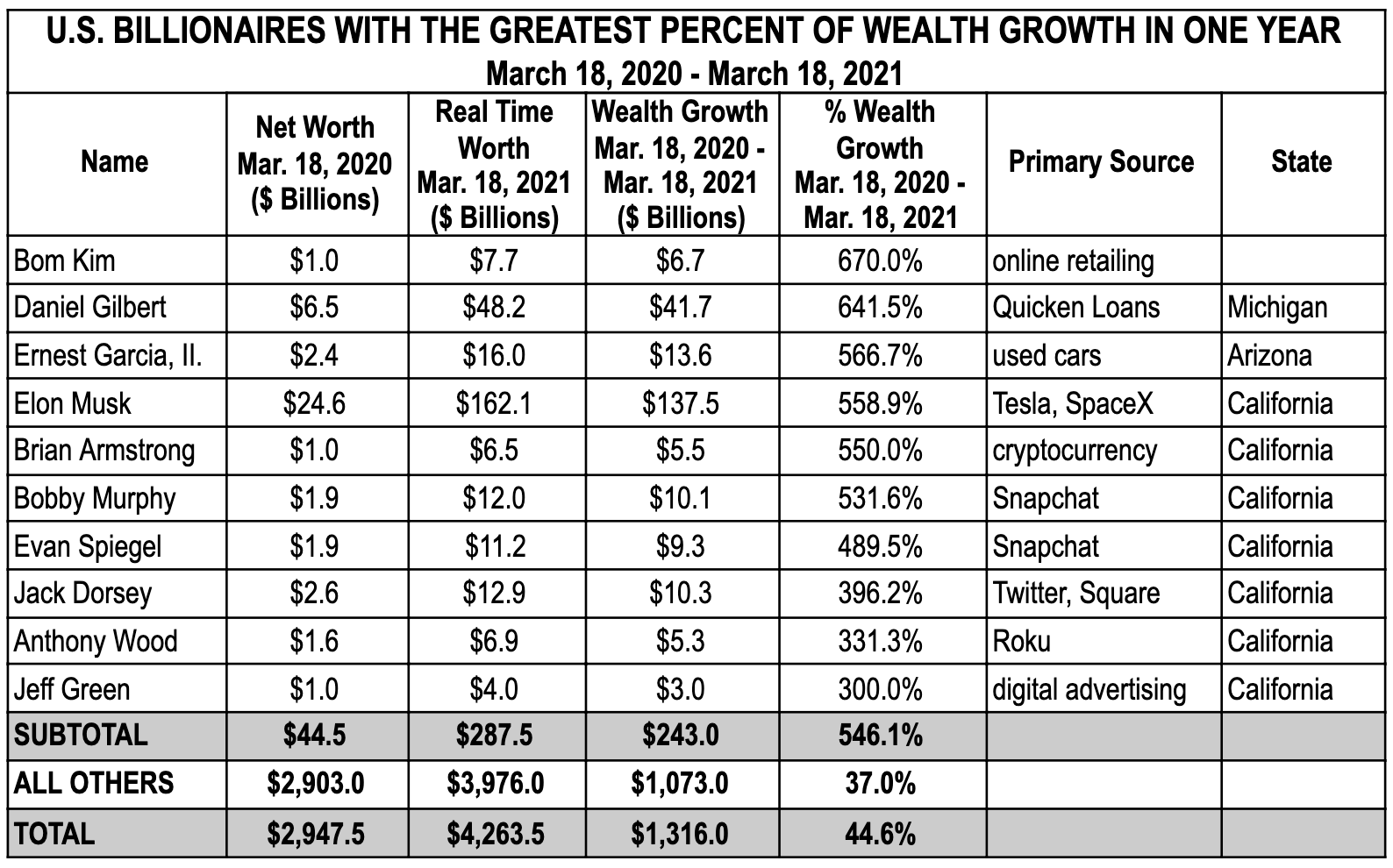 OTHER NOTABLE BILLIONAIRE WEALTH GAINERS DURING THE PANDEMIC