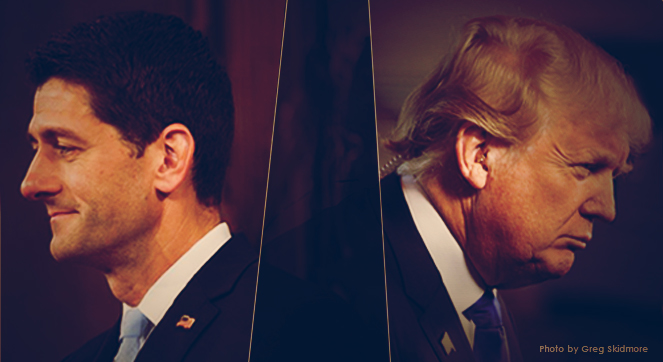 House Speaker Paul Ryan and Donald Trump may disagree on some issues, but they are united when it comes to giving huge tax breaks to the wealthy and big corporations. So Ryan’s tax plan, due out June 24, will probably closely resemble that of the presumptive Republican presidential candidate, as detailed in the chart on the next page. But while Ryan and Trump may both support regressive tax policies, the American people strongly oppose them.

Both the Ryan and Trump tax plans will:

These tax plans are not supported by the American people. According to a recent Gallup poll (April 6-10, 2016):

It’s time Congress supports what the public wants, not what wealthy donors and well-connected lobbyists can get from a rigged tax system. A strong and prosperous society is built on a foundation paid for with taxes. Raising the resources needed to invest in schools, healthcare, roads and bridges, job training, affordable housing, homeland security, national defense and a secure retirement benefits creates an economy that works for everyone.

Click here for a PDF version of this document that includes a side-by-side comparison of Ryan and Trump’s tax plan.