To: Interested Parties
From: ALG Research, Hart Research and Americans for Tax Fairness
Re: Poll shows strong desire for higher taxes on the wealthy and corporations

A new national poll commissioned by Americans for Tax Fairness finds that there is strong support for raising taxes on the wealthy and corporations, that it is a top-tier priority issue for voters, and that highlighting it boosts support for President Biden’s economic plans.

This poll shows that by focusing on ensuring that the wealthy and corporations pay their fair share of taxes, Democrats can both strengthen their ability to pass their economic agenda and demonstrate that they are the party looking out for average Americans, while Republicans continue to look out for the wealthy and big corporations. Below are key findings from the poll:[1]

Suggested Core Message
Last year, 55 of America’s biggest corporations paid no federal income taxes, and the wealth of just 650 billionaires rose by 50%, while millions of working Americans suffered. This plan will build an economy that rewards work, not just wealth. It ensures the wealthy and big corporations pay their fair share of taxes and does not raise taxes on anyone making under $400,000 a year. And it supports investments in affordable healthcare, infrastructure, eldercare, childcare, clean energy and education, to create millions of jobs and build an economy that works for all of us.

This plan will eliminate tax breaks that encourage corporations to outsource jobs and shift profits to offshore tax havens, and will invest in strengthening American manufacturing, helping to keep and create more American jobs here at home. 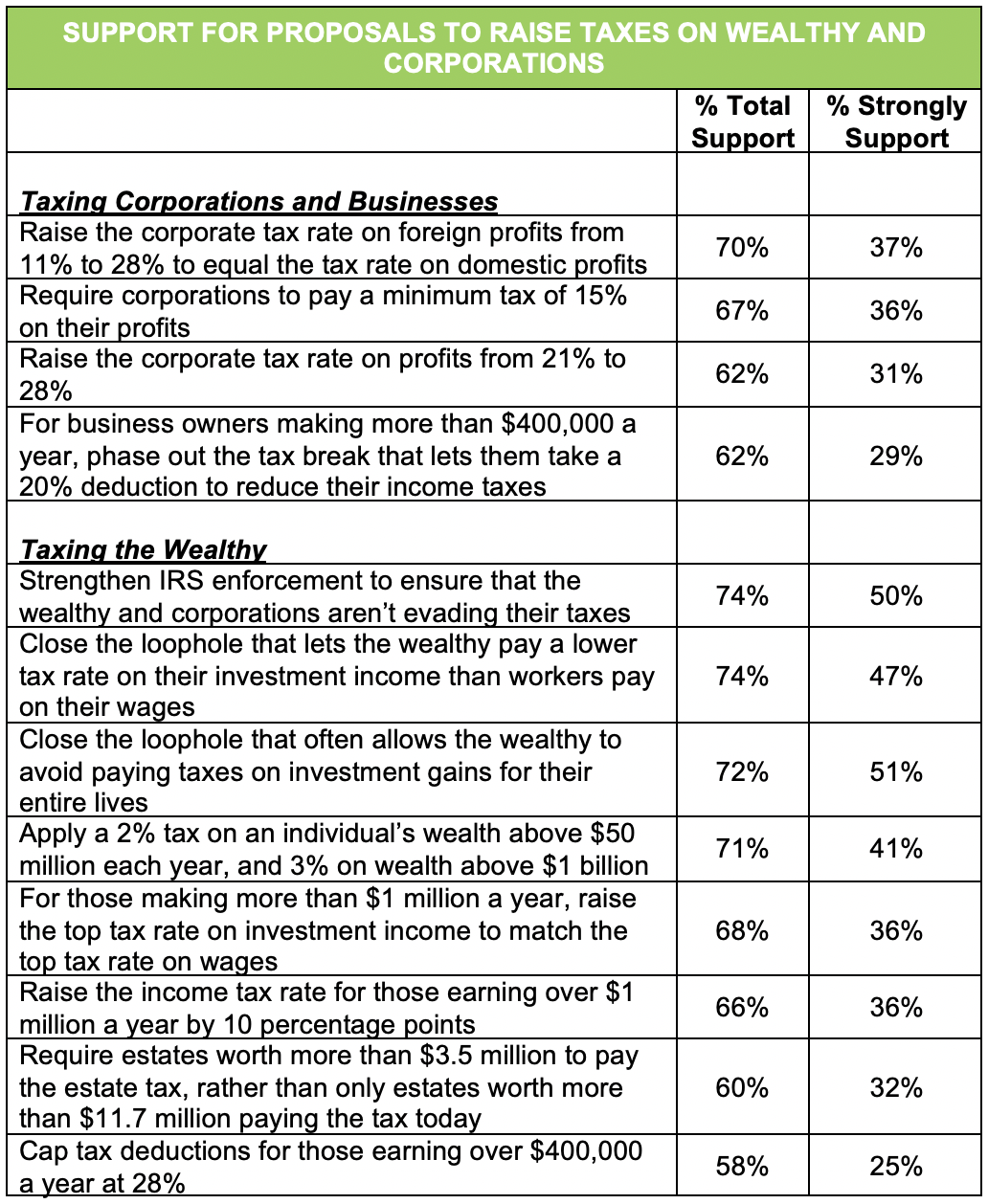 [1] This memo is based on the results of a nationwide online survey of N=1,104 registered voters conducted by ALG Research and Hart Research May 20-25, 2021. The survey included an oversample of N=299 Independent voters, and interviews were conducted in English and Spanish. The 95% confidence interval for the survey is +/- 3.45%.