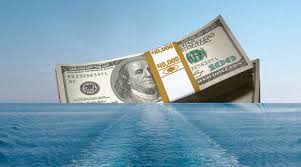 Bill would be a tax giveaway to multinational corporations that have been
dodging U.S. taxes by holding profits offshore

WASHINGTON, D.C.—Today, Americans for Tax Fairness urged members of Congress to oppose the Infrastructure 2.0 Act because it would underfund infrastructure projects while exacerbating the problem of offshore corporate tax avoidance.

In a letter to members of Congress, ATF Executive Director Frank Clemente wrote that the proposal “has the worthy goals of funding sorely needed infrastructure investments while ending rampant corporate offshore tax dodging. Unfortunately, it fails to achieve either goal.”

Among the bill’s flaws, it would:

The Infrastructure 2.0 Act was introduced by Rep. John Delaney (D-Md.) as H.R. 625 in the 114th Congress.  Rep. Delaney sent a Dear Colleague yesterday announcing his intention to reintroduce the bill with Rep. Ted Yoho (R-Fla.).

Currently, American corporations owe U.S. taxes on their worldwide profits. However, the “deferral” tax loophole allows payment of those taxes to be indefinitely delayed on profits booked offshore.

Delaney’s bill would execute a “deemed repatriation” on the $2.5 trillion in existing offshore corporate profits, requiring corporations to pay an effective 8.75% tax rate. That’s lower than the 10% rate President Trump proposed in his corporate tax plan.

“This low rate would raise just $170 billion. That’s far less than the estimated $700 billion corporations owe under current law on their $2.5 trillion in offshore profits. Delaney would abandon over half a trillion dollars in revenue when America’s civil engineers say we need $3.6 trillion over the next few years to adequately restore our crumbling infrastructure,” Clemente wrote.

This unwarranted tax giveaway will disproportionately benefit some of America’s biggest and most profitable corporations. Just four companies hold one quarter of all offshore corporate profits—Apple, Pfizer, Microsoft and General Electric. Fifty corporations hold three-quarters of the profits.

In the 2004 repatriation tax holiday, Congress deeply cut the tax rate on existing offshore corporate profits to 5.25% to encourage corporations to bring the money home and stimulate the economy. Subsequent research summarized by the Congressional Research Service found that the experiment was a failure, with most U.S. corporations failing to increase their domestic investments.

In fact, many of the corporations that brought home the most cash cut their workforce. Pfizer, for instance, brought home $37 billion, and then over the next few years laid off 10,000 workers. Instead of hiring and investing, 92% of the corporate profits brought back under the tax holiday went to shareholders through stock buybacks and dividends.

“There is a right way to reform the international corporate tax system. Congress should end deferral of taxes on profits booked offshore. Tax rates should be the same and taxes should be paid regularly regardless of where companies make their money—no more favoring multinationals over small businesses and domestic firms. Congress should close loopholes that allow multinationals to shift profits from their U.S. operations to offshore tax havens,” Clemente wrote.