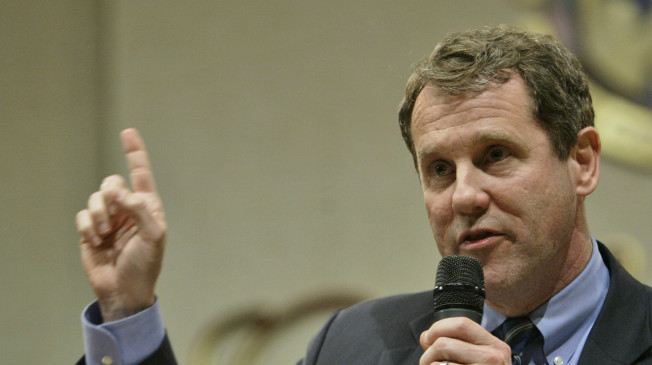 WASHINGTON, D.C. – Deserting corporations would be forced to pay their unpaid taxes on offshore profits if a new bill by Senator Sherrod Brown becomes law.  The legislation would remove much of the tax benefit many U.S. multinational corporations hope to gain by renouncing their U.S. corporate citizenship and officially becoming foreign corporations.

“This measure will require corporations to pay their full U.S. tax bill before they leave the country, preventing them from sticking middle-class working people with their tab. This is a commonsense step that will increase investment here at home, and ensure a level playing field for all American companies,” Senator Brown said.

A tax loophole allows American corporations to defer paying U.S. tax on their foreign profits until they bring those profits home.  Many corporations abuse this loophole by shifting ownership of their U.S.-created intellectual property to foreign subsidiaries in order to shift domestic profits overseas and avoid their U.S. tax obligations.

In order to get access to these profits without paying the U.S. taxes they owe, the American corporation merges with a much smaller foreign company and changes its legal address to an offshore location, typically a tax haven.

Senator Brown’s Pay What You Owe Before You Go Act of 2016 would address these tax schemes by requiring companies to pay their full U.S. tax bill on all deferred overseas profits before reincorporating in a new country.

Pfizer, one of the world’s biggest pharmaceutical companies, is trying to take advantage of this loophole by merging with the Irish drug maker Allergan. A recent report by Americans for Tax Fairness found that Pfizer could walk away from as much as $35 billion it owes in taxes to the U.S. if its merger with Allergan is completed. ATF found that Pfizer has more than $140 billion in profits sheltered abroad. These profits have never been taxed by the United States and most are probably booked with Pfizer’s 151 subsidiaries in 10 tax havens around the world.

“Senator Brown’s proposal would be a victory for tax fairness. It would prevent the huge tax dodge Pfizer and other corporations are trying to gain by deserting the United States. These corporations should pay what they owe,” said Americans for Tax Fairness Executive Director Frank Clemente.