Banks, Computer and Tech Companies and Pharmaceutical Industry
Lead the List of Corporations Buying Record $1 Trillion of Their Stock Since Passage of Trump-GOP Tax Cuts

Commercial banks, computer and tech firms and pharmaceutical companies lead the list of industries that announced plans to buy back a record $1 trillion of their own stock since passage of the 2017 Tax Cuts and Jobs Act (TCJA), according to an analysis by Americans for Tax Fairness. [See Table 1]

The Trump-GOP tax cuts, which cost about $1.9 trillion and mostly favored the wealthy and big corporations, kicked off a buying spree by major corporations that repurchased millions of shares of their own stock. The stock buyback maneuver artificially inflates the share price of stocks and mostly rewards wealthy shareholders and CEOs who own most stock: the wealthiest 10% of American households own 84% of all shares, the top 1% own 40%. About one-half of households own no stock.

The total amount of announced buybacks officially crossed the $1 trillion threshold this week according to ATF’s scorekeeping – 15 months after the TCJA became law in December 2017.

“Instead of investing their big tax cuts into creating jobs, giving pay raises or cutting customers prices, such as for prescription drugs, corporations shoveled their windfalls into record buybacks that only benefited their wealthy shareholders and CEOs,” said Frank Clemente, executive director of Americans for Tax Fairness. “It’s a glaring example of why tax cuts for big corporations do little to raise wages or help grow the overall economy, as their proponents continue to promise. Wall Street might be happy, but working families are still waiting.” 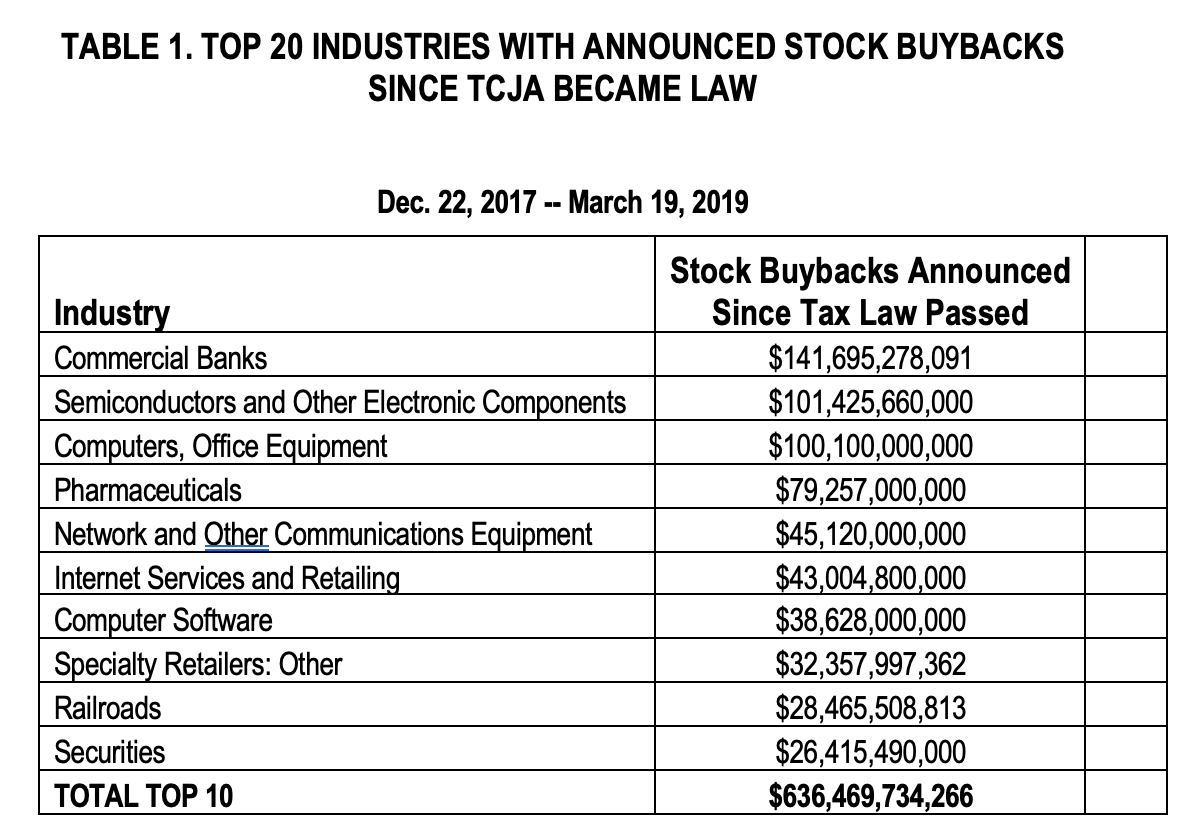 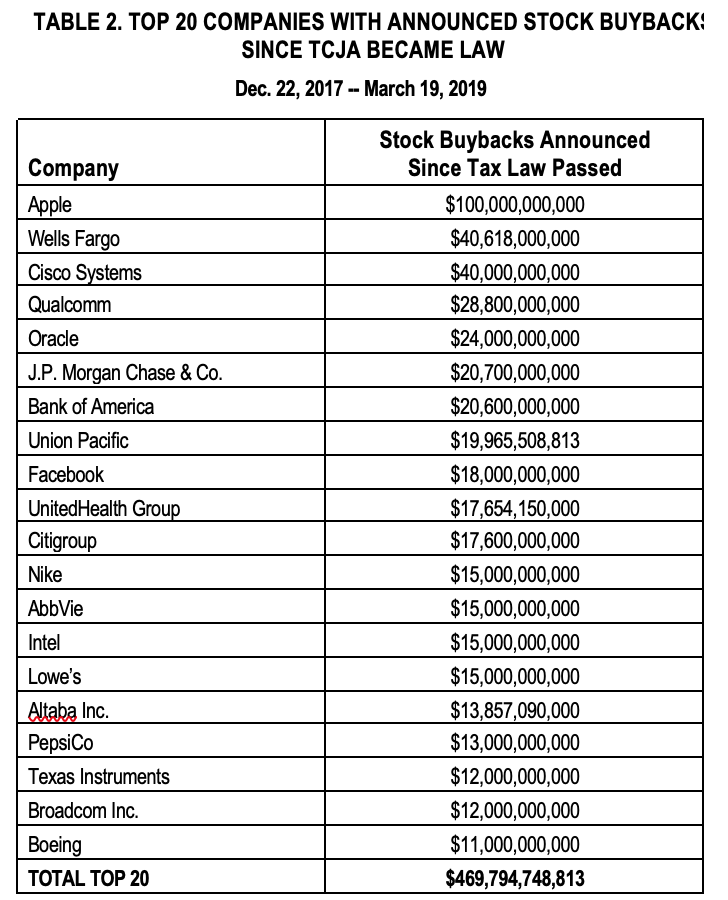