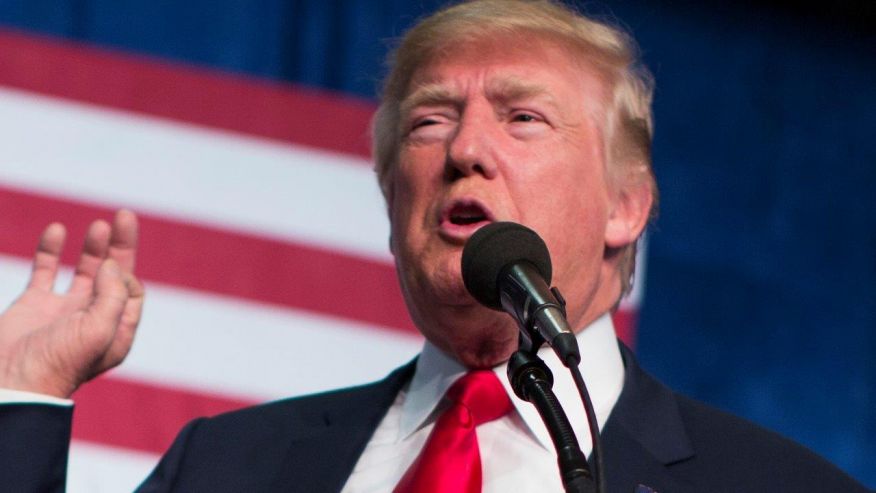 WASHINGTON, D.C.— President-elect Donald Trump met with CEOs of some of the most profitable corporations in America today and likely promised them a massive tax giveaway on their untaxed offshore profits, which would mean American families have to pick up their tab.

A spokesman for Trump said one of the topics of his meeting with high-tech executives would be “access to capital,” which likely referred to the huge tax break he plans to offer U.S. multinational corporations to bring home the untaxed profits they are holding offshore.

U.S.-based Fortune 500 companies have $2.5 trillion in profits booked offshore, mostly in tax havens, on which no U.S. taxes have been paid. Researchers calculate that these companies would owe more than $700 billion in taxes if they were to pay what they owe.

Trump wants to cut the tax rate on profits held offshore from 35% to just 10%. That would cut their tax bill to just $150 billion, losing $550 billion in revenue that could be used to fund education, infrastructure, healthcare, veterans’ benefits or other domestic priorities.

Trump’s guests today are all members of the technology and information sector. Technology corporations have 29% of all untaxed offshore profits reported to the U.S. Securities and Exchange Commission (Fig. 9). Just 10 corporations hold 40% of the total untaxed offshore profits, five of them attending today’s meeting with Trump: Apple, Microsoft, IBM, Google and Oracle.

As The Los Angeles Times reported, many of the executives invited to today’s meeting are “invested in Trump’s plan to enable corporations to move tens of billions of dollars currently sheltered in off-shore accounts back into the United States by slashing the taxes firms would owe on the money. The overhaul of the tax code Trump envisions would give Silicon Valley a financial boost.”

“These corporations are some of America’s most profitable corporations and some of its biggest tax dodgers. Instead of promising them a giant tax giveaway, President-elect Trump should demand that they pay what they owe,” said Frank Clemente, executive director of Americans for Tax Fairness. “President-elect Trump should make it a cornerstone of his tax plan to close the deferral loophole that allows corporations to indefinitely dodge paying U.S. taxes. He should also require them to repatriate their existing profits and pay the full tax rate that domestic companies pay.”

The table below shows the extent to which nine of the high-tech companies that were expected to meet with President-elect Trump have avoided paying their fair share of taxes. They paid an average effective U.S. tax rate of just 16% between 2008 and 2012 and they have accumulated nearly $600 billion in untaxed offshore profits.

“Contrary to claims by the lobbyists for these corporations, they are not overtaxed. In fact, most are paying lower rates than many middle-class families.” Clemente said. “They don’t need another tax break. They should pay what they owe.”