SUPPORT RISES WHEN PLAN IS FUNDED BY RAISING TAXES ON CORPORATIONS

At least eight polls have been conducted and released recently showing strong support for President Biden’s Made in America Tax Plan, which would raise about $2.5 trillion from corporations to pay for the $2.3 trillion cost of the American Jobs Plan.  These polls also show strong majorities for Biden’s proposal to raise taxes on people who make more than $400,000 a year, which is expected to be the primary way he pays for his forthcoming American Family Plan.

“Making corporations and the wealthy pay their fair share in taxes is a winning message, period,” said Frank Clemente, Executive Director of Americans For Tax Fairness. “For too long our country has had a system where the rich, powerful and privileged can hoard money, avoid taxes and continually put the responsibility on the middle class.  President Biden’s plan to close tax loopholes and begin to create a fair share tax system is a bold move, and the right move. Voters clearly like the President’s jobs and infrastructure the more it’s paid for by the rich and corporations.”

The bottom line: Engagious President Rich Thau, who moderated the focus groups, said swing voters “need these three assurances: Both parties in Congress will support the final infrastructure bill; it won’t be financed by more borrowing, and wealthy Americans and large corporations will pay the tab — not them.” 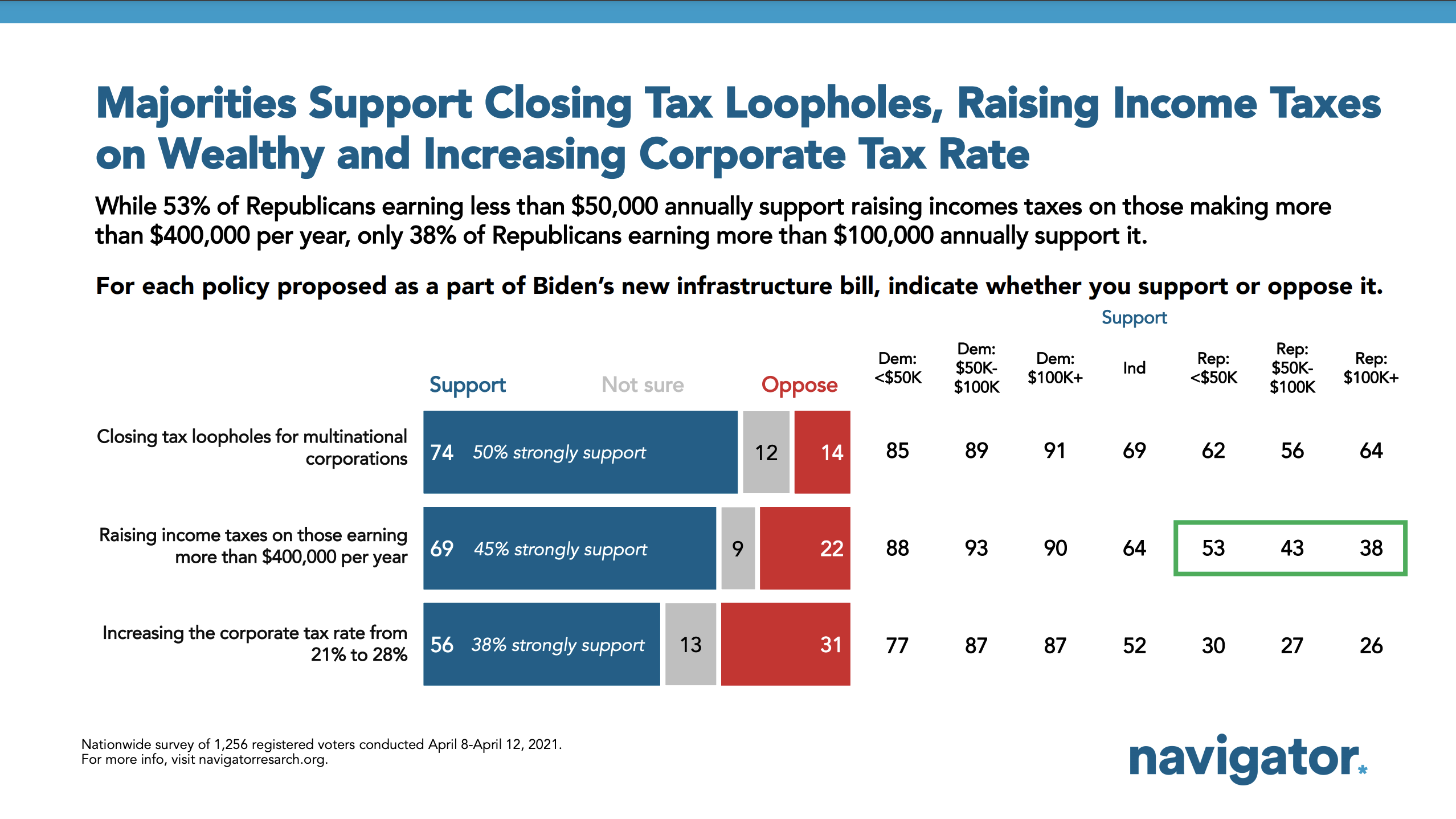 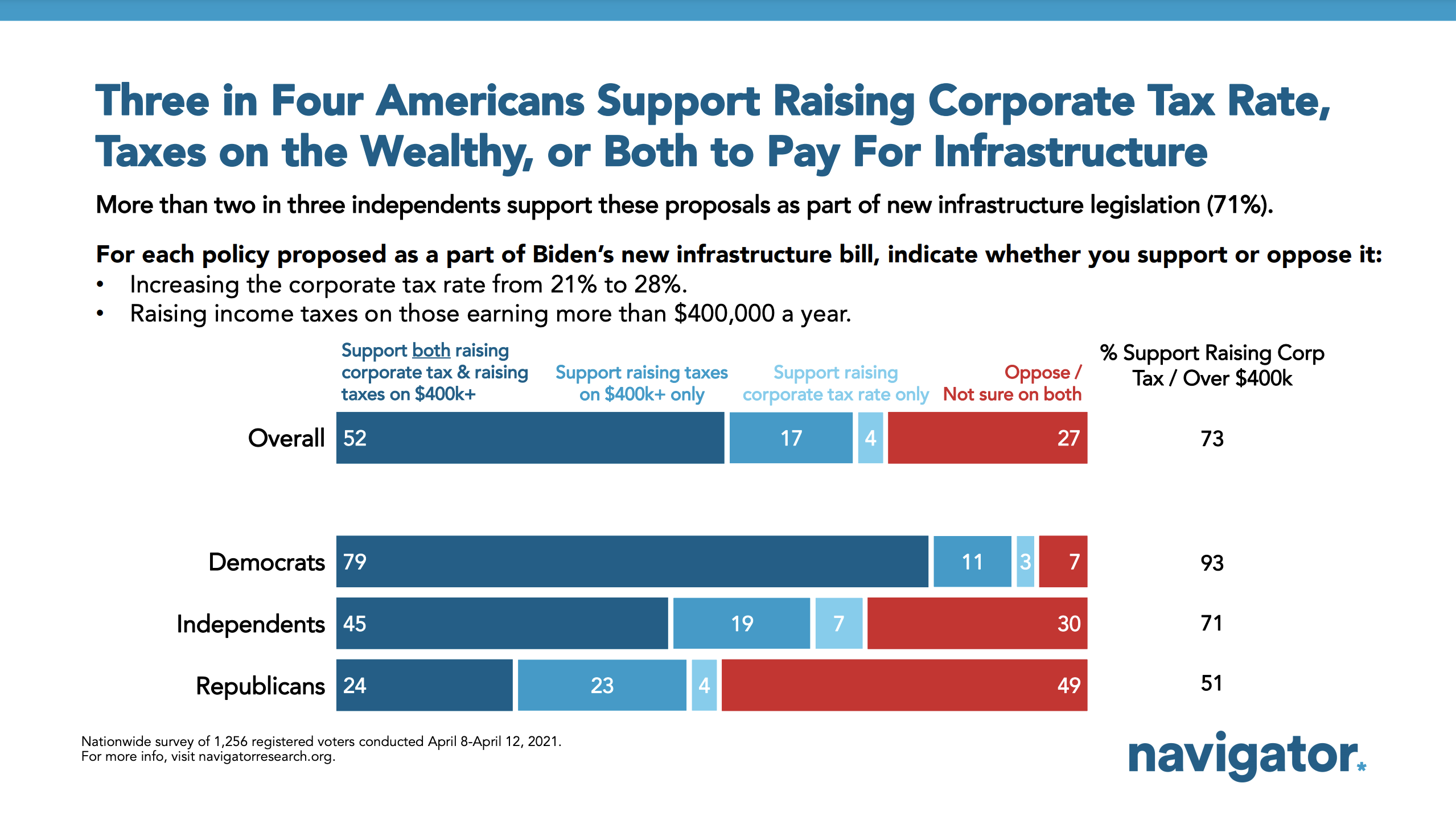 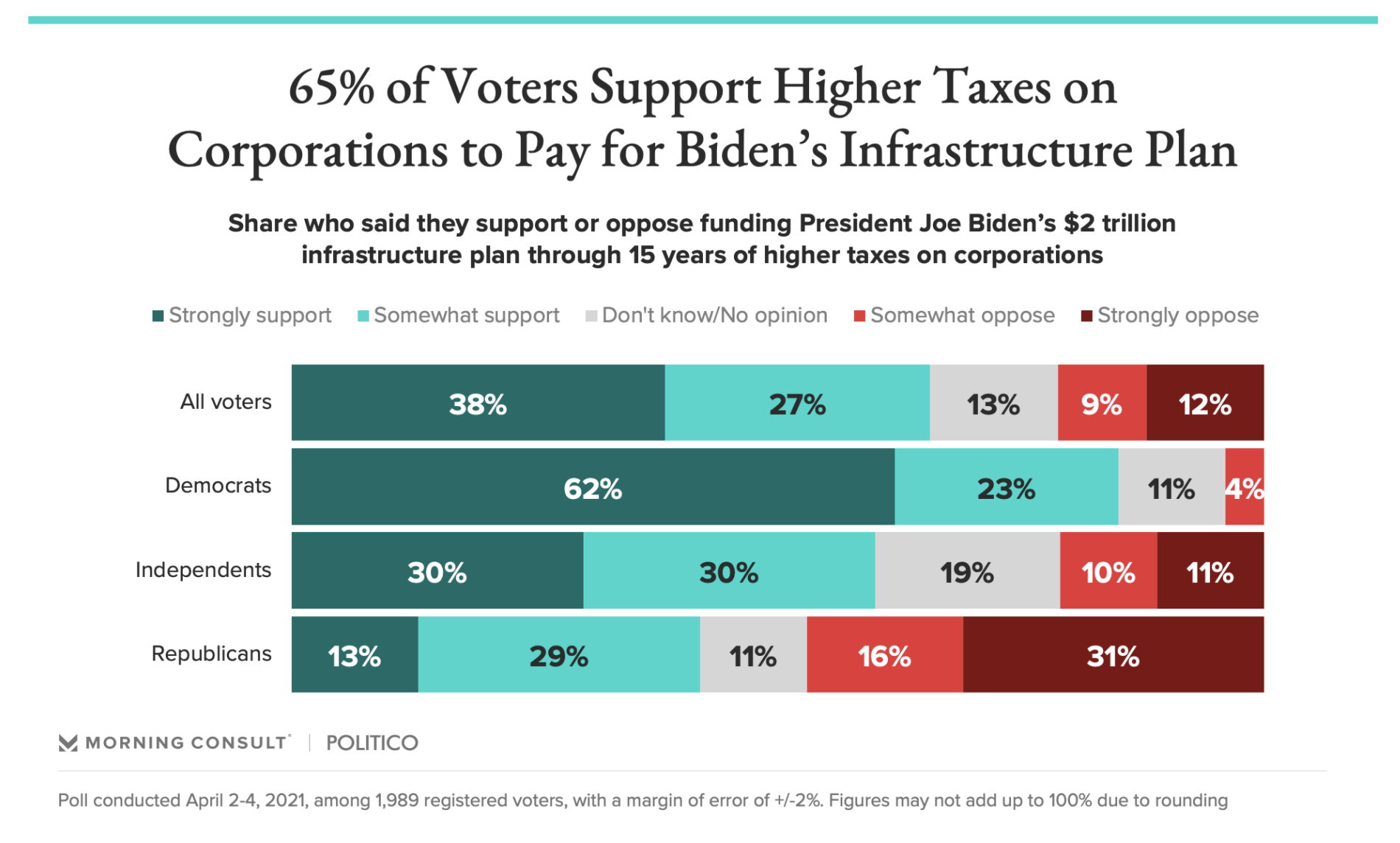 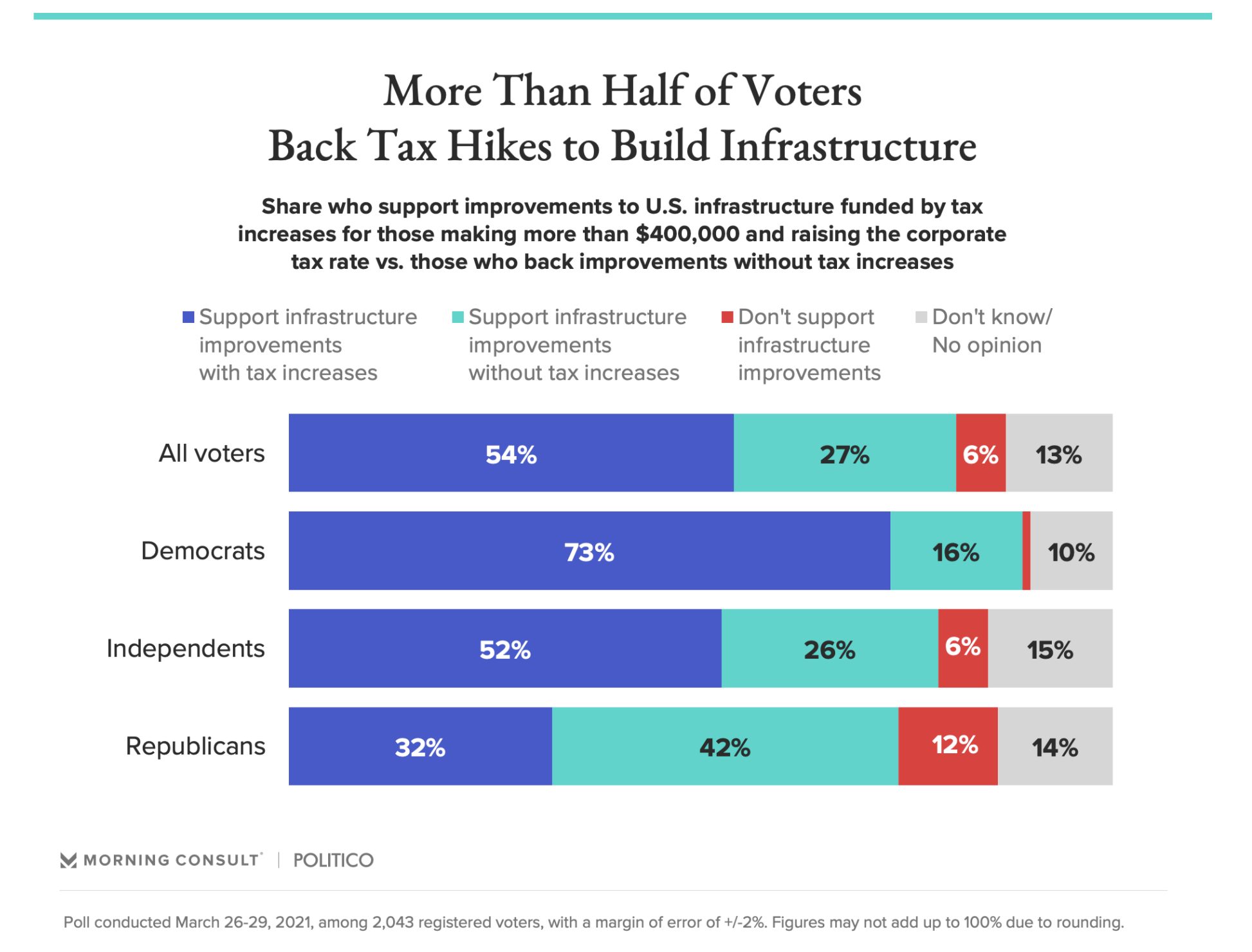 63% of respondents would rather pay for President Biden’s Build Back Better Plan by increasing taxes on the wealthy and corporations versus 28% who would rather cut spending on existing social programs. 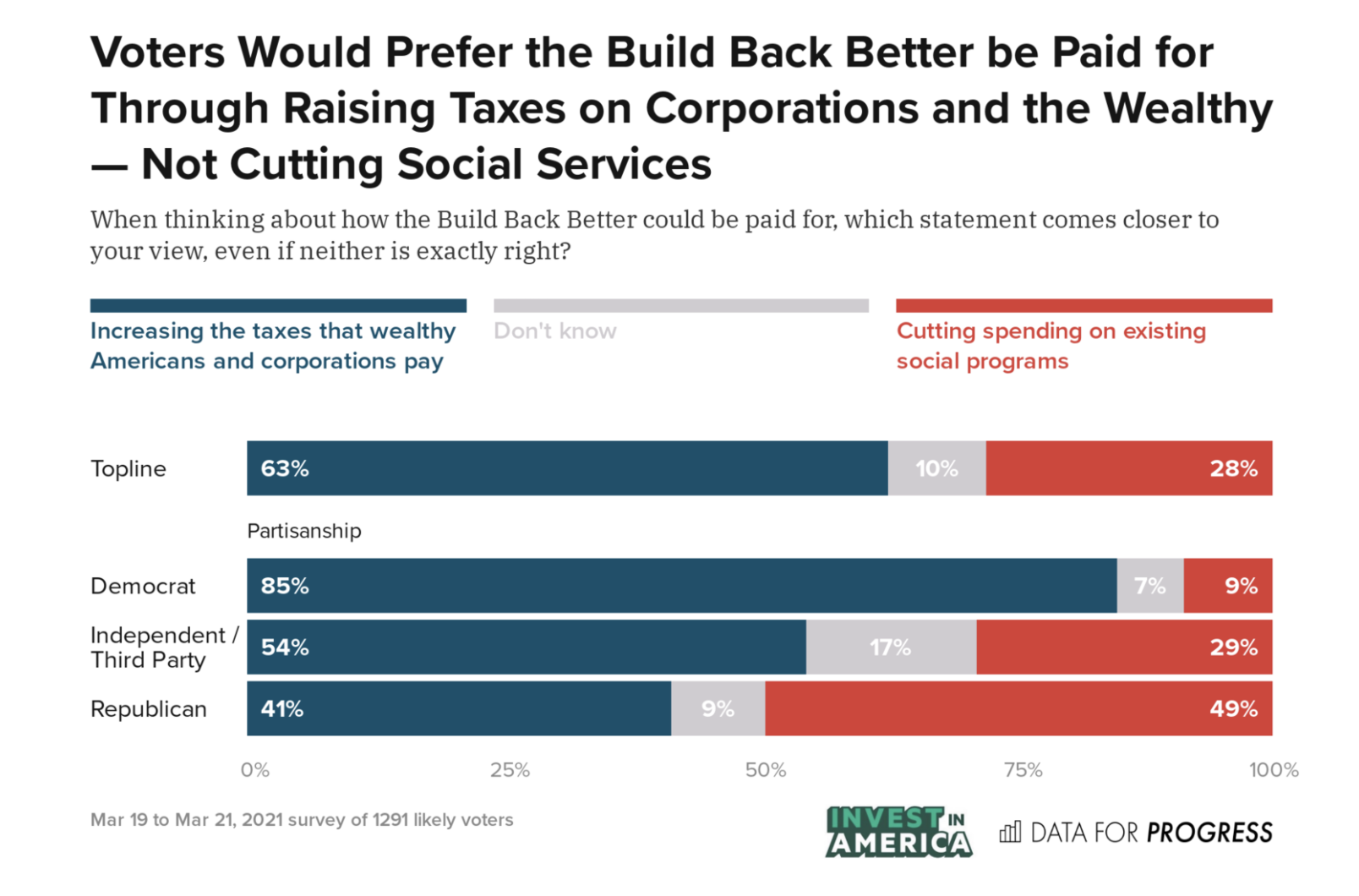 Go here for more polling on taxing the wealthy and corporations and attitudes about the Tax Cuts and Jobs Act.