MOST YEARS OVER THE PAST 20, BILLIONAIRE TRUMP PAID LESS IN TAXES THAN NURSES & TEACHERS

Nurses, teachers, firefighters, and other frontline workers all on average paid more in federal income taxes than billionaire Donald Trump in all but five years between 2000 and 2017. That analysis is based on a comparison of the recent bombshell New York Times article on Trump’s tax-dodging, with information on the average tax payments of various jobholders—many of them essential workers during the pandemic—compiled by Americans for Tax Fairness [see table below].

The Times reported that through the artful use of business losses and other accounting maneuvers Trump paid zero federal income taxes in 11 of the years between 2000 and 2017. In that last year and 2016, he paid just $750 each year. Nurses, who in 2017 made an average of roughly $70,000, paid an average federal income tax bill around $4,900. Firefighters, who brought home on average around $49,000, paid approximately $2,500. 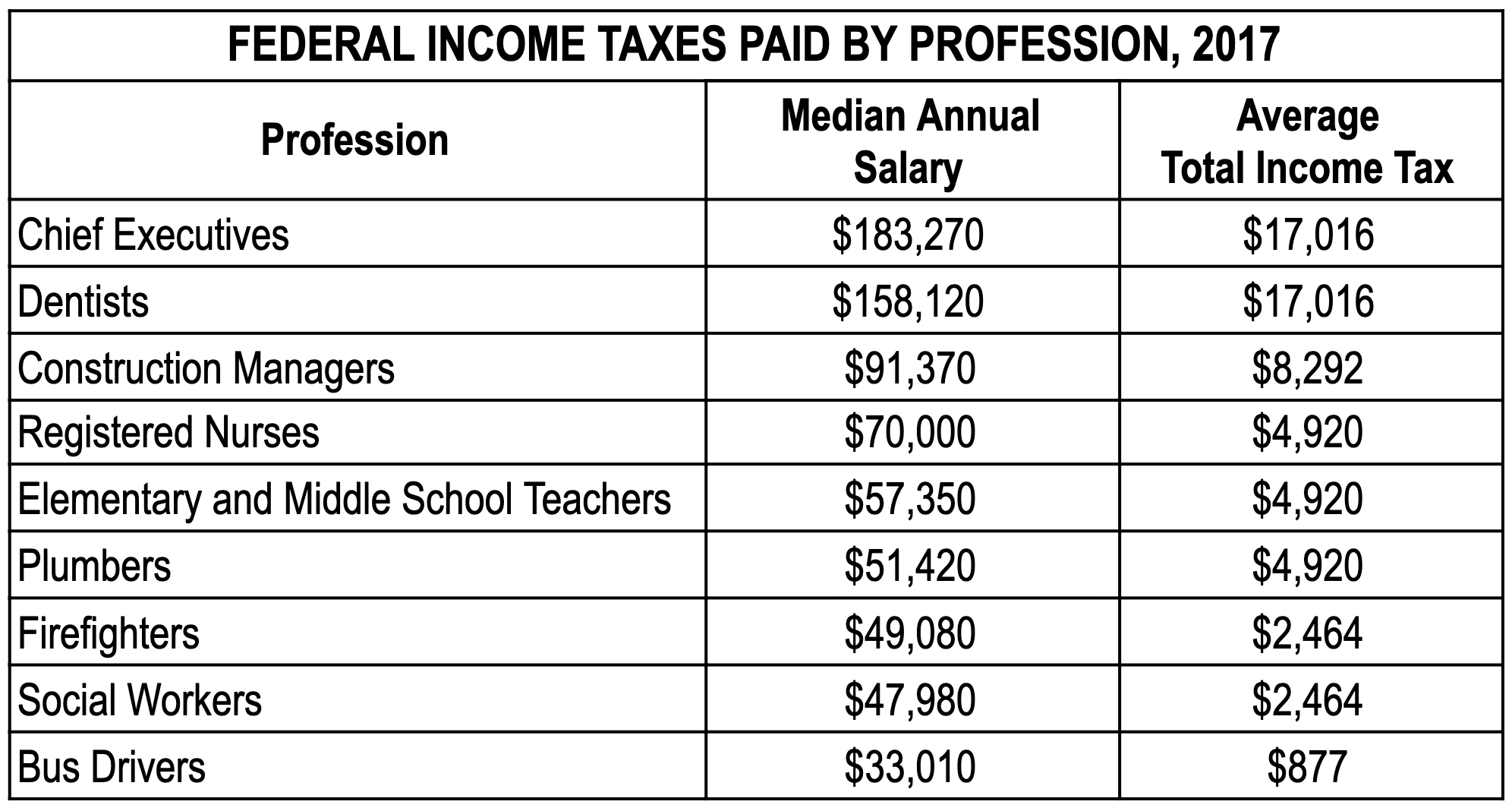 Trump could not completely avoid paying taxes during the height of his success with “The Apprentice” in the first decade of the century. Those years of tax payments and a few others over the two decades average out to $1.4 million annually. The Times reported that typical taxpayers in Trump’s elite income bracket paid on average $25 million a year over that 18-year span.

“When trust-fund billionaires like Donald Trump dodge their taxes, it’s working families who have to pick up the load,” said Frank Clemente, executive director of American for Tax Fairness. “They either get hit with higher taxes, diminished public services, higher national debt or some combination of all three. Congress should act immediately to ensure no more of the super-wealthy can follow our president’s shameful example and shirk their tax-paying duties.”