Burger King’s Inversion: A Whopper of a Tax Dodge 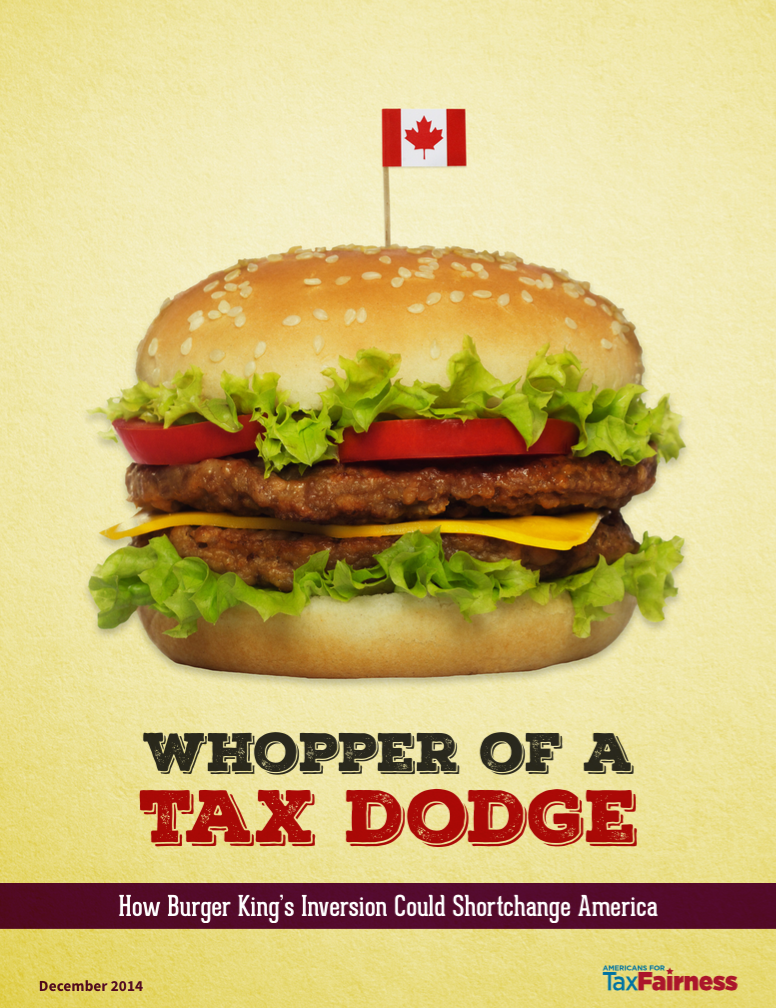 This new Americans for Tax Fairness report shows that Burger King and its leading shareholders will dodge an estimated $400 million to $1.2 billion in taxes between 2015 and 2018 from its planned merger with Tim Hortons, a Canadian company. This contradicts the assertion by CEO Daniel Schwartz that Burger King’s plan to become a Canadian company (known as an inversion) “is really not about taxes.”

The report also reveals that Burger King’s largest shareholders could save as much as $820 million in capital gains taxes because of the way the company has structured the inversion.

The report also found that Burger King is the #1 burger chain serving members of the U.S. Armed Forces. It estimates that over the next 15 years, Burger King could receive more than $150 million in royalties and marketing support for its military restaurants. Rep. Sander Levin has introduced a bill to stop corporate inversions. Urge your Representative to support this bill and prevent corporations from deserting America.