Tax-Dodging Corporations: Pay What You Owe! 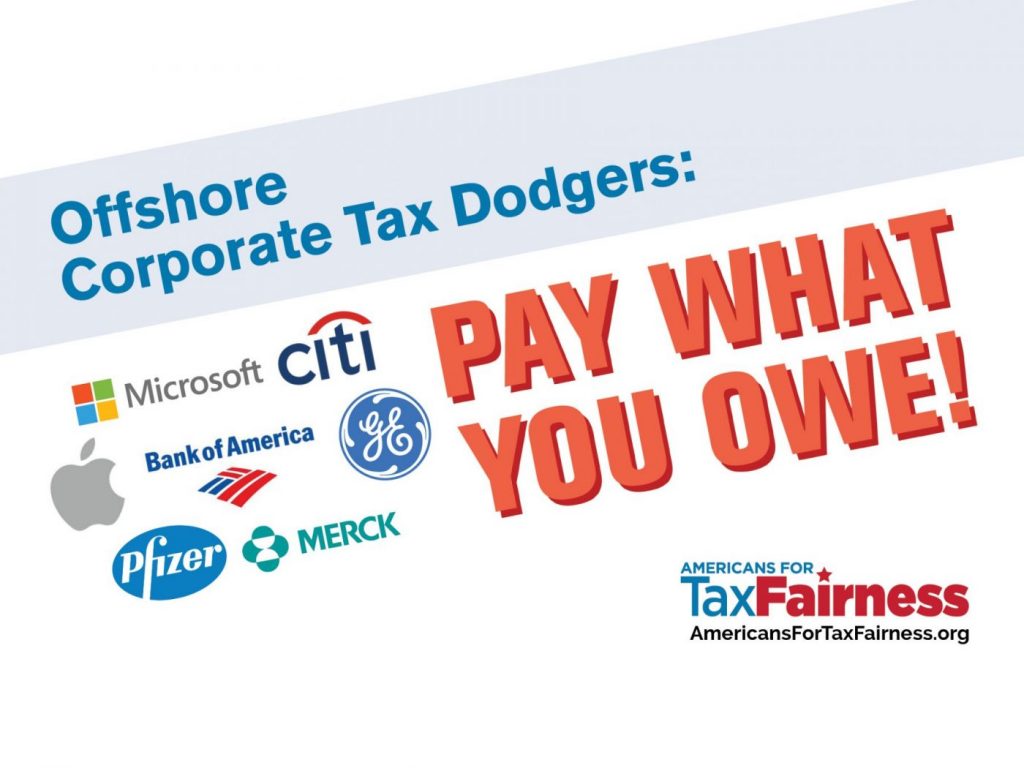 U.S. corporations have $2.1 TRILLION in profits stashed offshore – much of it in tax havens. As long as those profits are offshore, a tax loophole lets corporations dodge paying taxes on them.

It’s time for big corporations to pay the $600 BILLION in taxes they owe America.

Tax-dodgers should not get a sweetheart tax deal.

We need an economy that works for all of us.

If we close tax loopholes for corporations that ship jobs and hide profits offshore, we can raise billions of dollars to invest in America.