Billionaires kept getting richer as the rest of America struggled through multiple crises over the past five months: combined billionaire wealth has grown by $792 billion, or 27%, since the rough start of the coronavirus lockdown on March 18. But even as the wealthiest few see their fortunes multiply amid disease and recession, fellow billionaire Donald Trump wants to cut their capital gains taxes again after having already handed out huge tax cuts for the wealthy with his 2017 tax law.

In a microcosm of the dangerous concentration of wealth in society as a whole, $1 trillion—or well over a quarter—of the $3.7 trillion in collective wealth of America’s 650 or so billionaires is held by just the top dozen (see chart below). Amazon’s Jeff Bezos led the pack at nearly $195 billion on Aug. 20, after a two-thirds leap in wealth during the COVID-19 crisis. Tesla’s Elon Musk has seen his fortune more than triple to $85 billion. Figures are from Forbes’ real-time data monitored by Americans for Tax Fairness (ATF) & the Institute for Policy Studies (IPS) – Program on Inequality. A fuller explanation of the study’s methodology, which responds to concerns that such an analysis “needs context” and is “misleading,” is available here.

President Trump wants to cut the top capital-gains tax rate by one-quarter—dropping it from 20% to 15%. Capital gains already enjoy a steep tax discount—the top tax rate is 20% compared with 37% on wages and salaries. That allows a billionaire to pay a lower tax rate than a firefighter, nurse or other middle-class worker. The meteoric rise in billionaire wealth is mostly if not all due to capital gains—growth in the value of stock holdings, private businesses and other investments. If Trump succeeds, America’s tycoons will contribute a quarter less in tax revenue when they cash in their profits.

“The pandemic profiteering of America’s billionaires shows taxes on the wealthy must go up substantially to narrow the wealth gap and raise revenue vital for our big climb back from disaster,” said Frank Clemente, executive director of ATF. “By demanding even more tax cuts for the rich at this crucial moment President Trump shows he is as out of touch with our nation’s needs as America’s billionaires are disconnected from our nation’s misery.”

“For billionaires, this is a heads-we win, tails-you-lose economy, boosted by Trump policies to funnel wealth to the top,” said Chuck Collins, director of the IPS Program on Inequality and co-author of Billionaire Bonanza 2020.  “This oligarchic dozen of billionaires owning over $1 trillion is an unprecedented and disturbing indicator of the concentrated wealth during a pandemic.”

As evidenced by the growth in billionaire wealth, capital gains are intensely concentrated in the hands of the rich: over three-quarters are held by the highest-income 1%, over half by the top 0.1%, according to the Tax Policy Center. And because Trump only wants to cut the tax rate paid by couples with over half a million dollars in taxable income ($440,000 for singles), a full 99% of his proposed cut would go to the richest 1%, according to the Institute on Taxation and Economic Policy (ITEP).

The U.S. can scarcely afford to lose public revenue during a national emergency in which up to half of American households are going hungry, roughly 40 million families face eviction, 30 million workers are collecting unemployment, 5.6 million people have fallen ill with COVID-19 and more than 176,000 have succumbed to it.  Trump’s desired capital-gains tax cut would come on top of big handouts to the rich and corporations in his 2017 tax overhaul. The wealthiest 5% of Americans will this year get over half the benefits of the Republican law, according to ITEP; members of the top 1% will get an average tax cut of $50,000. 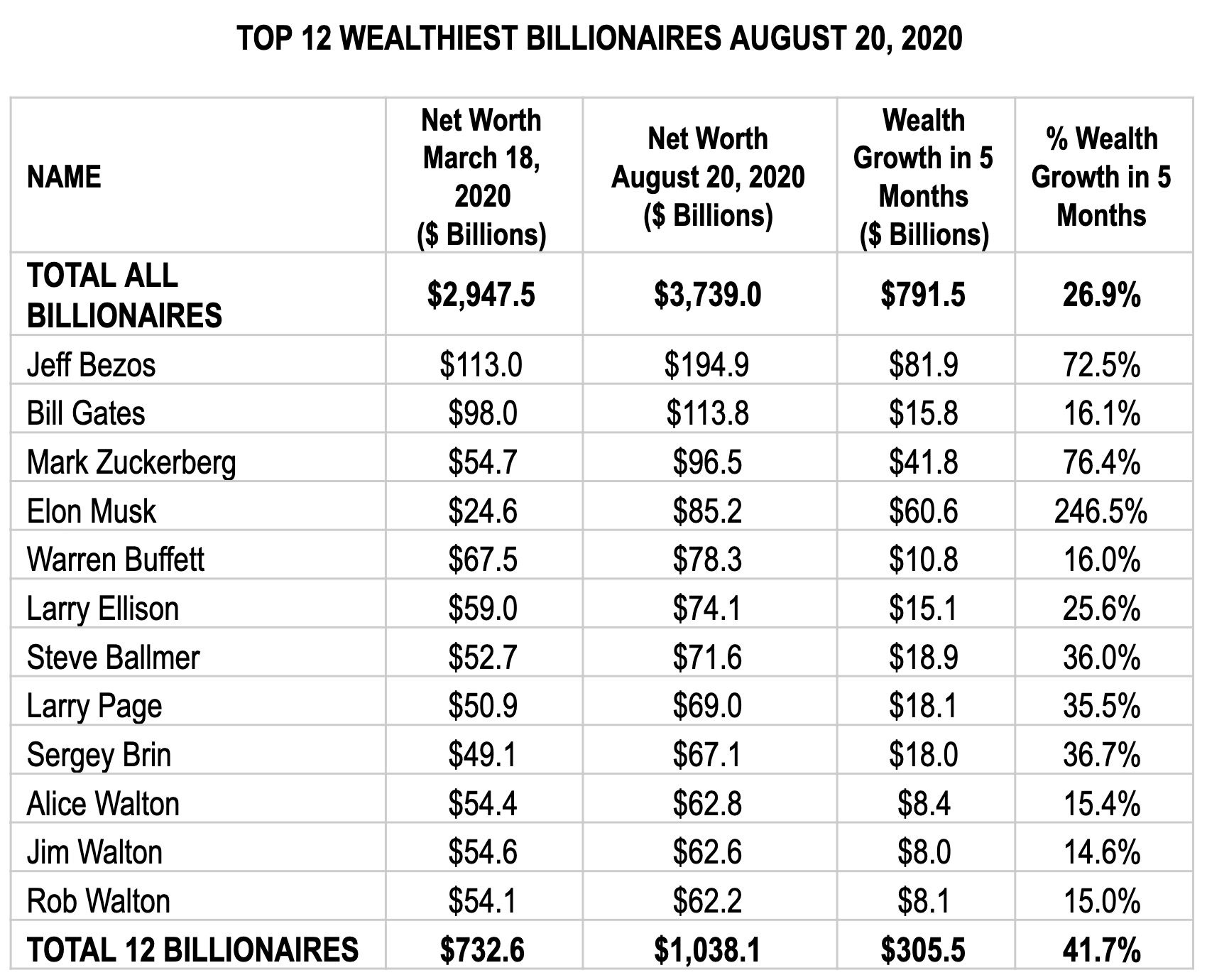