Five major presidential candidates—Joe Biden, Michael Bloomberg, Pete Buttigieg, Bernie Sanders and Elizabeth Warren—offered fiscal agendas many times the size of Hillary Clinton’s in 2016. This shows how far and fast the debate has shifted in a progressive direction even before the coronavirus pandemic crisis began. The Democrats’ tax-and-investment plans provide a framework for a major realignment of fiscal priorities.

Summary of Tax and Investment Plans

Some Tax Proposals Common to the Candidates’ Plans

Detailed tables are below along with links to sources for all the estimates. 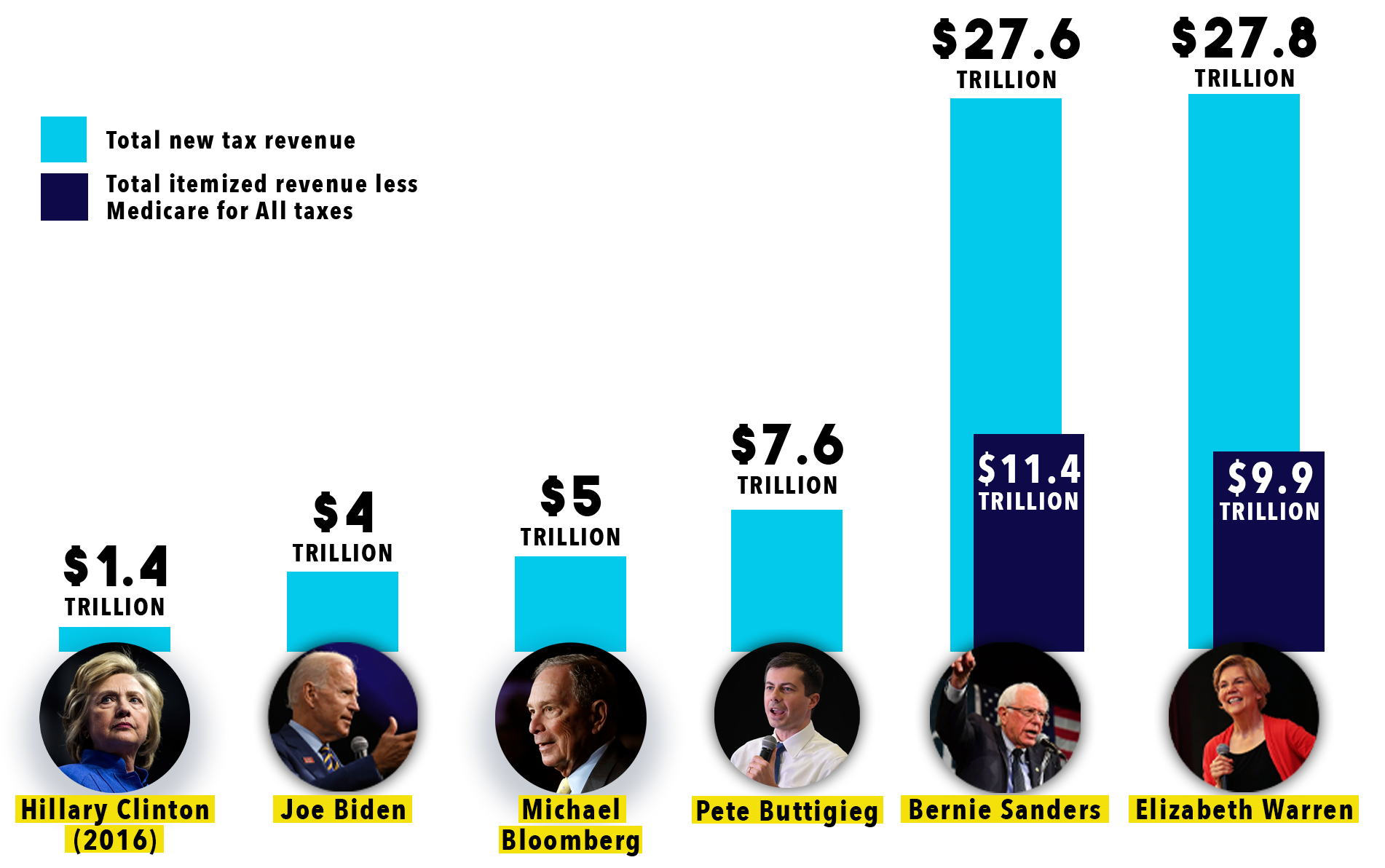