THE PROMISE: BUSINESS INVESTMENT WILL BOOM 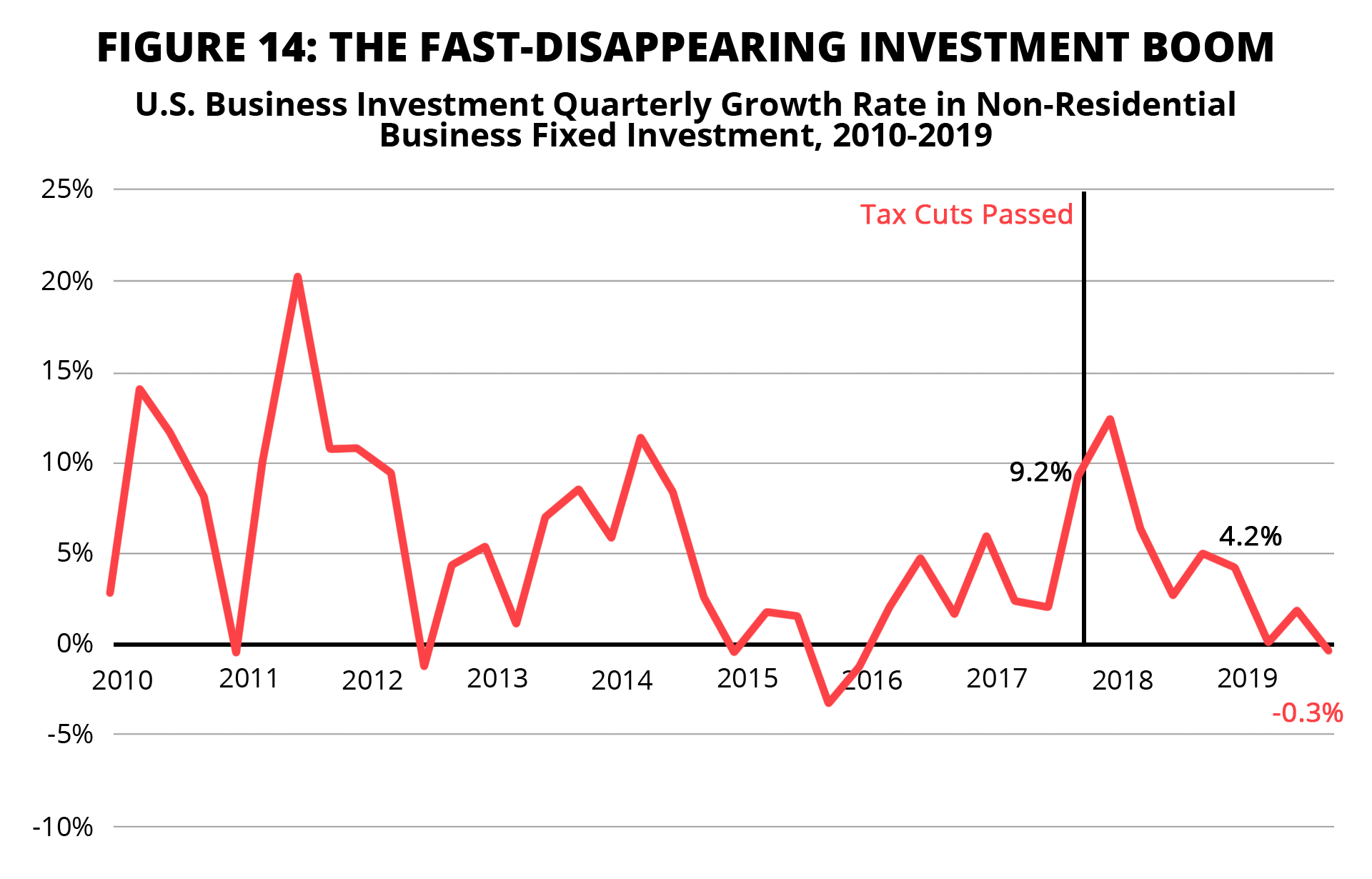 Supporters claimed the Trump-GOP tax law—specifically, the big corporate tax cut—would lead to a business investment boom. But after a growth spurt in the first quarter of 2018, the rate of new capital investment declined, coming in flat at 0.0% for the second quarter in 2019 and then falling into negative territory in the last quarter of 2019. 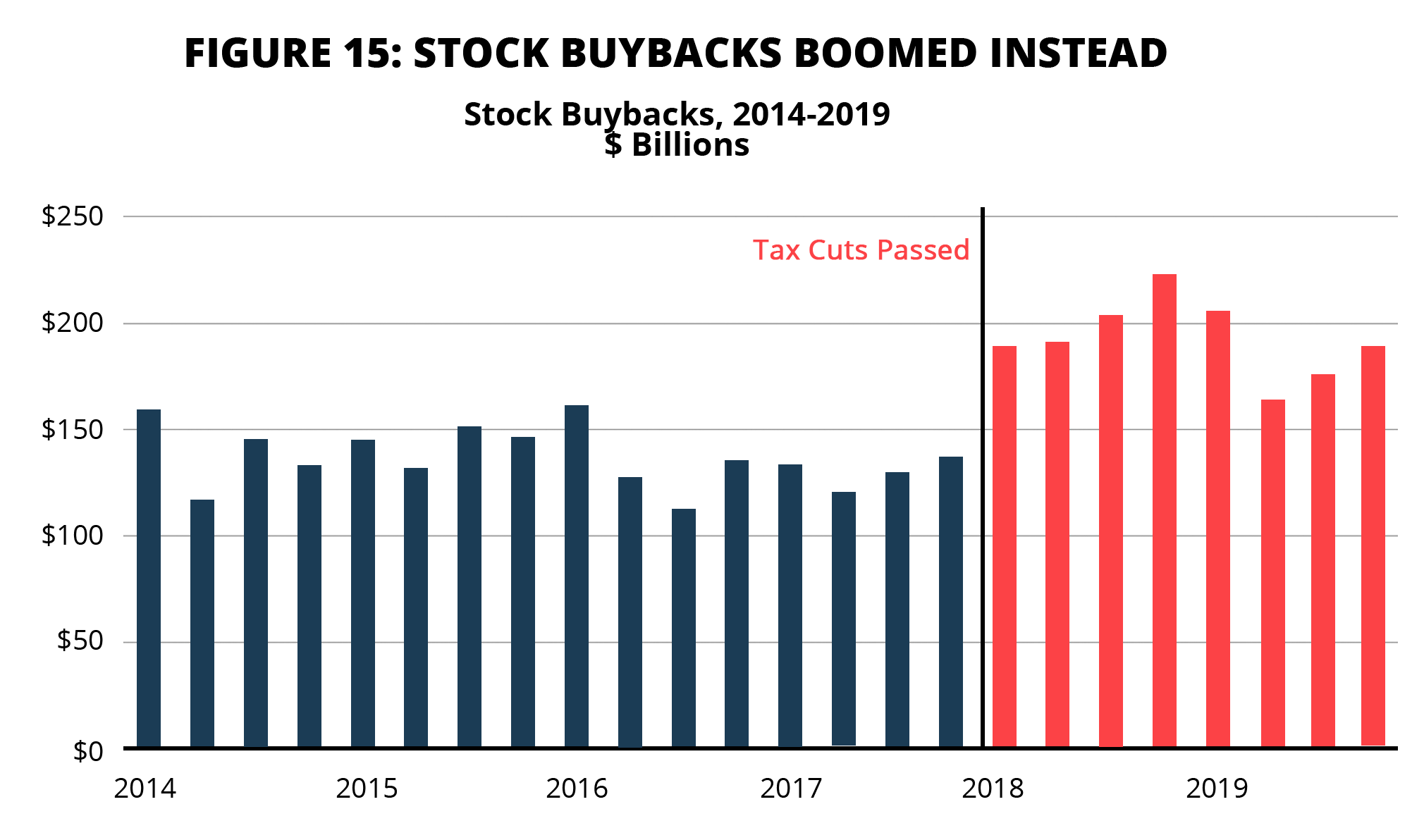 Corporate stock buybacks exploded in the year following enactment of the Trump-GOP tax law, as corporations showered their tax-cut savings on top executives and other wealthy shareholders. Corporations bought back a record $806 billion of their own shares in 2018. That represented an increase of nearly 60% over the $519 billion in stock buybacks in 2017. Stock buybacks hit $729 billion in 2019—still well above the pre-TCJA levels.