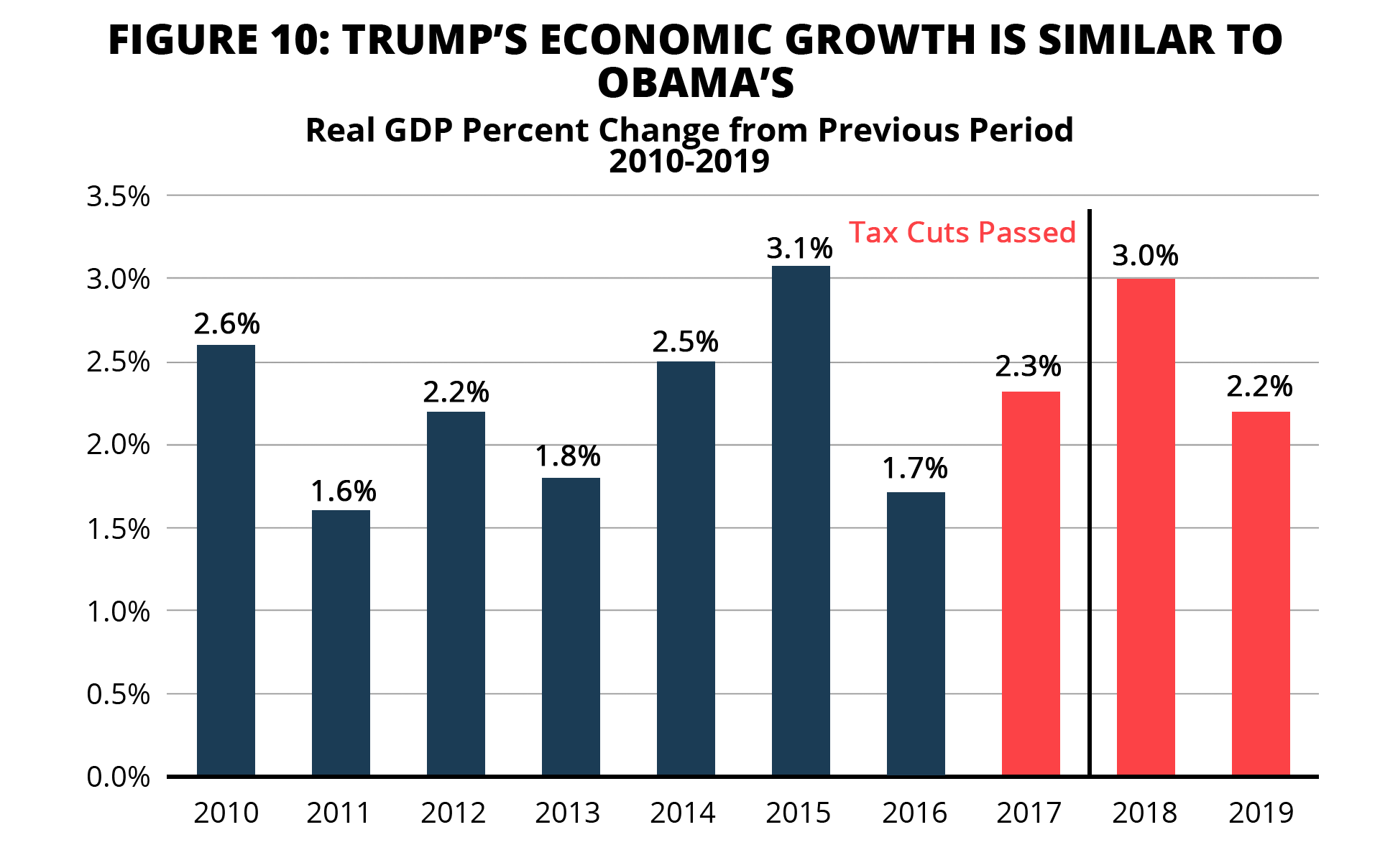 President Trump made boastful predictions of perhaps doubling the pace of economic growth with the big boost to Gross Domestic Product (GDP) he predicted from his tax cuts. The reality has been GDP growth is in line with the Obama years. Growth hasn’t exceeded 3% under Trump—growth after the tax cuts averaged 3.0% in 2018 and just 2.2% in 2019.