THE PROMISE: THE PACE OF JOB GROWTH WILL QUICKEN 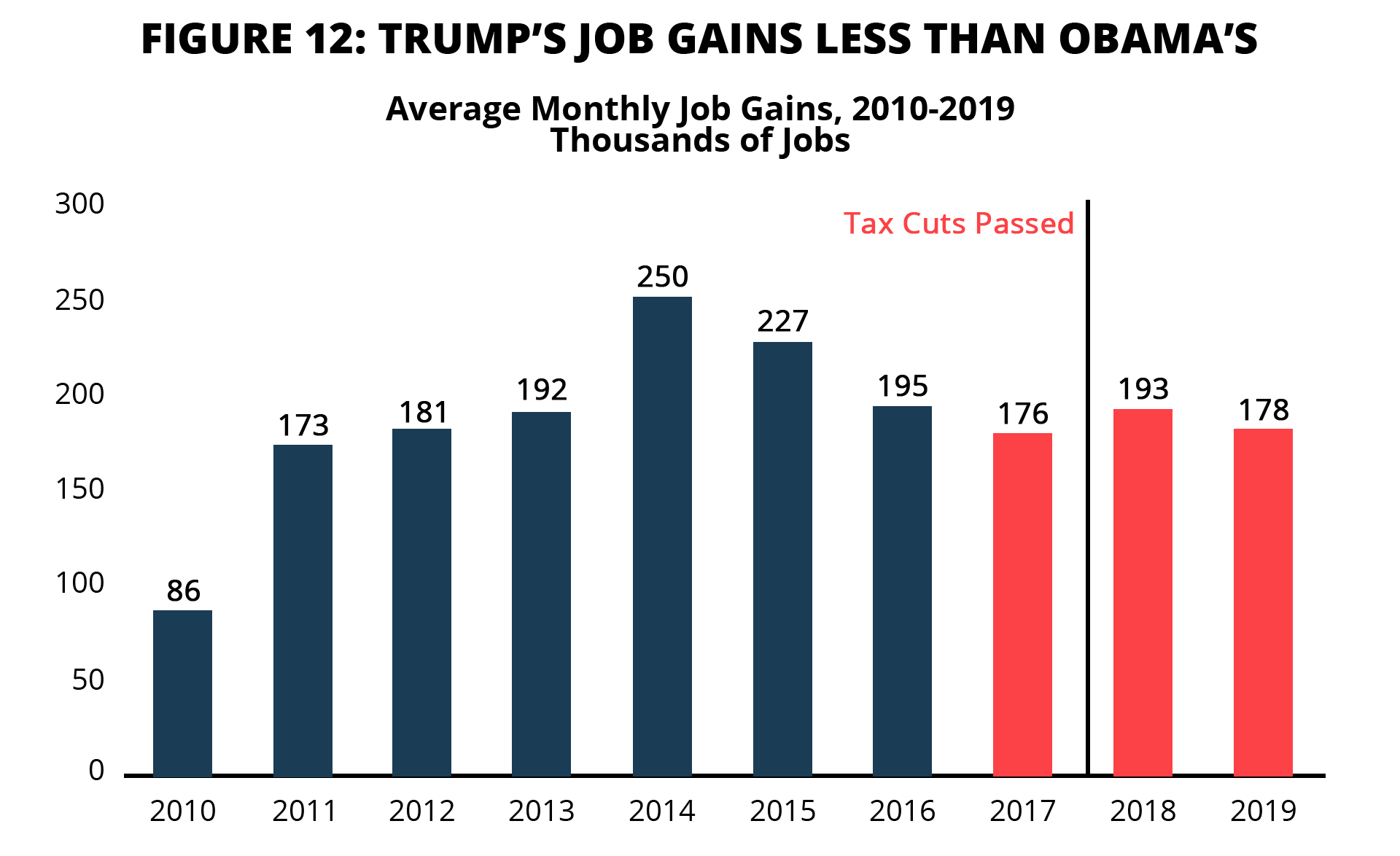 A seven-year decline in the unemployment rate under President Obama has continued in the two years since enactment of the Trump-GOP tax law. The tax cuts appear to have done little, if anything, to reduce unemployment.