THE PROMISE: TAX CUTS WILL PAY FOR THEMSELVES

“[A]s I’ve said at 3% economic growth this tax plan will not only pay for itself but in fact create additional revenue for the government.”
– Treasury Secretary Steven Mnuchin, Aug. 28, 2018 [Business Insider]

“We are totally confident this is a revenue-neutral bill and probably a revenue producer.” – Senate Majority Leader Mitch McConnell, Dec. 3, 2017 [CBS] 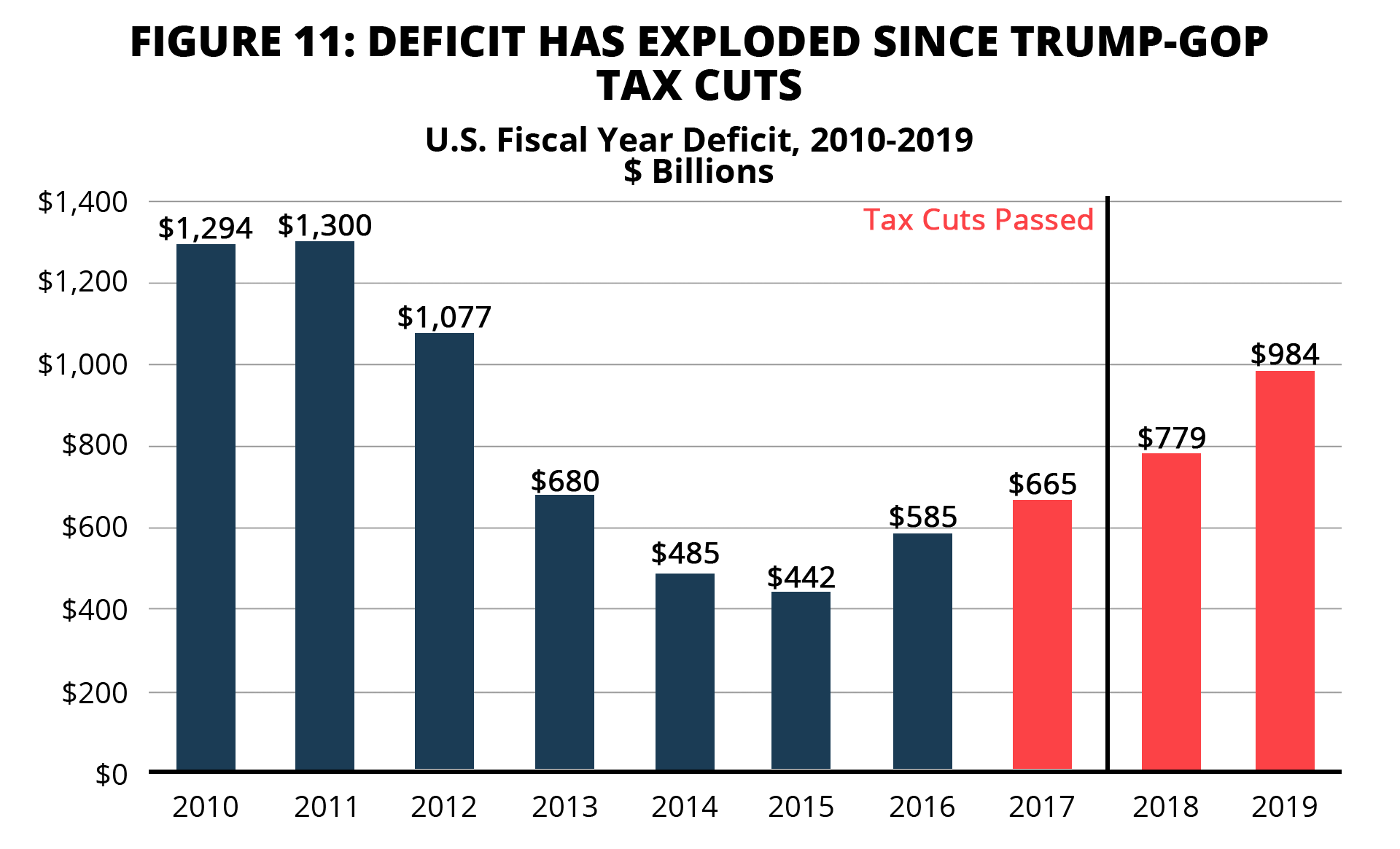 The total cost of the tax cuts is estimated at $1.9 trillion, according to the Congressional Budget Office, which will be added to the national debt. Conservatives claimed the law’s lower tax rates would raise a lot more revenue through greater economic activity. But largely due to the tax cuts (especially for corporations), the deficit has exploded, reaching nearly $1 trillion in 2019, up more than 70% from the $585 billion during Obama’s last year in office.